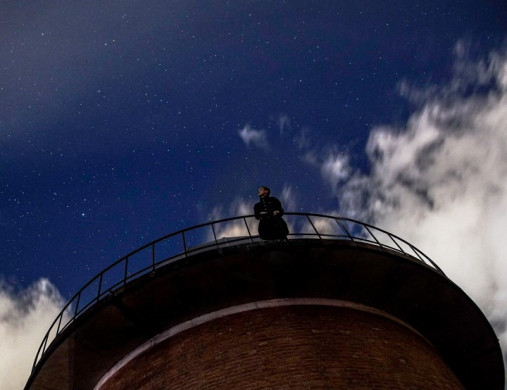 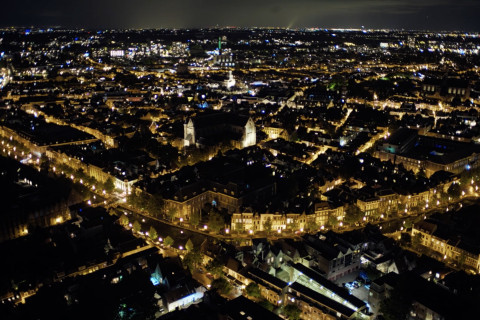 We did it again. says Roosegaarde. “See the stars in your own street. It might sound like a fairytale, but the Dutch city of Leiden achieved this by switching off its city lights in the project SEEING STARS.”

"Last night the city of Leiden was a remarkable experiment: SEEING STARS Leiden. In the wide vicinity of the Leiden Observatory, all the lights were turned off by thousands of citizens. Although it was cloudy, we suddenly saw Jupiter and other stars in the historical streets of Leiden. It was so mysterious to walk with so many people in a dark city. I felt like an astronaut on Earth. At a time of biodiversity loss and energy crisis we show the beauty of less, together.” - Daan Roosegaarde

SEEING STARS Leiden happened on September 25 between 22.00 till 23.30 as part of the Leiden European City of Science 2022 and we encourage other cities to follow. Together with UNESCO we aim to recognise seeing stars as a universal heritage.

Movie by Media.Monks and KAOS Amsterdam.

SEEING STARS Leiden is in one of the most light polluted areas in the world. More than 80% of the world’s population lives under light-polluted skies; a barrier preventing us from experiencing the beauty of the universe.

Nieuwsredactie if then is now
12 november 2014