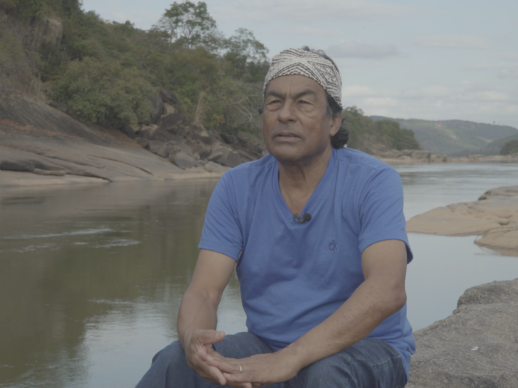 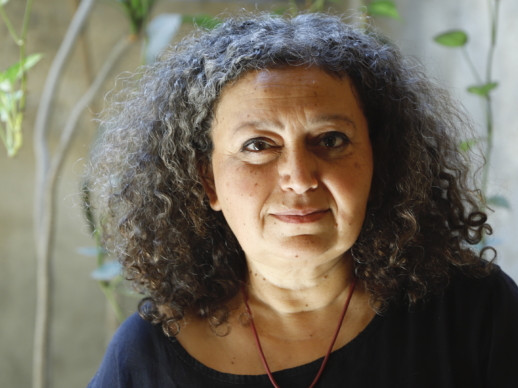 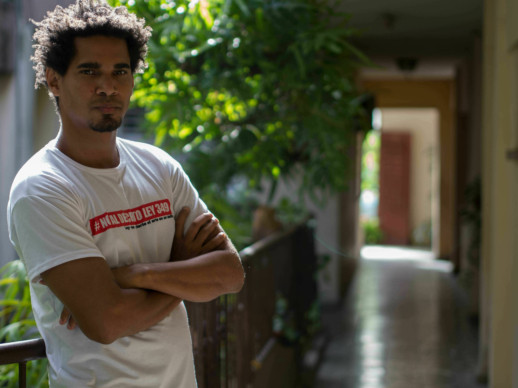 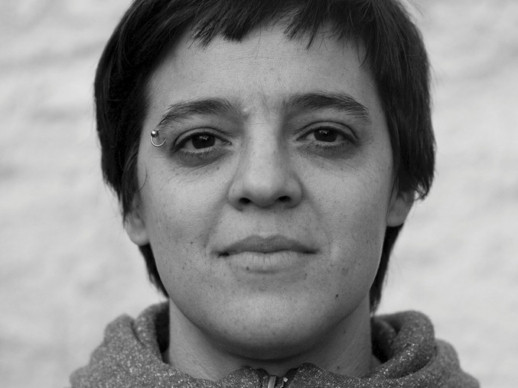 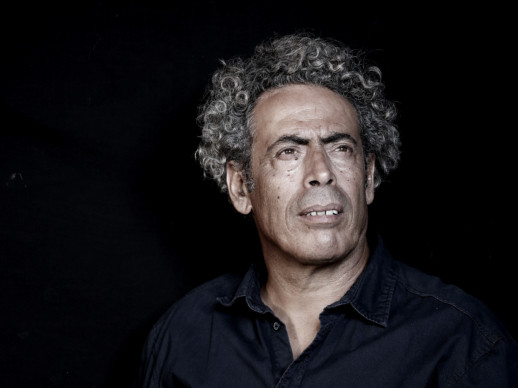 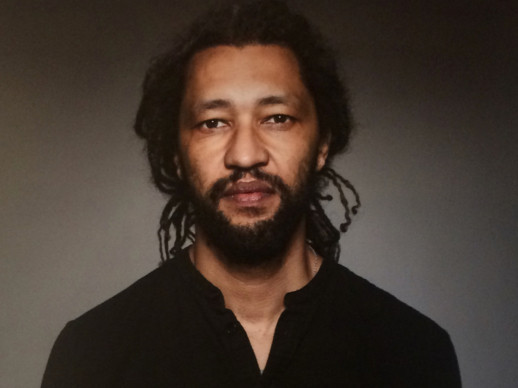 Every two years, Impact Awards honour six trailblazing individuals who engage their own communities with creative works that are relevant, urgent and inspiring.

Representing a variety of fields, from architecture, poetry and philosophy to visual and performance art, these individuals dedicate their work to addressing political and environmental issues, the nature of identity and human rights in forms that engage and empower their own communities.

Meet these remarkable cultural practitioners who exemplify the transformative power of art!

For this year’s Awards, 94 nominations were initially received. Nominations are thoroughly researched and a final selection is decided by an independent jury. The Prince Claus Impact Awards Jury is an International and independent body of five cultural professionals.

Ailton Krenak is an indigenous leader, environmentalist, philosopher, poet and writer from Brazil. Considered one of the great leaders of the Brazilian indigenous movement, Krenak is currently an honorary professor at the Federal University of Juiz de Fora (UFJF).

Krenak has succeeded in providing a safe space for indigenous leadership to be developed throughout the country. He is often referred to as a mentor and a leader to younger generations of indigenous leaders, activists, and politicians. He has played a major role in the development of indigenous organisations that emerged over the last years.

In his writing, Krenak puts forward different philosophies of what shapes the human relationship with nature. His recently published books are Ideias para adiar o fim do mundo (Ideas to Postpone the End of the World) in 2019 and O amanhã não está à venda (Tomorrow Is Not for Sale) in 2020.

May al-Ibrashy is an Egyptian architect whose work centres on community engagement through heritage conservation, rehabilitation, preservation, and re-signification. She is the founder of the Megawra - Built Environment Collective (BEC), a twinship between an architectural firm and an NGO that engages with the built environment with a focus on theory, praxis, arts, and linking cultural heritage to sustainability and social responsibility.

Through her work she has managed to create a real difference for the, often marginalised, communities living in Cairo’s historic centre and has created an important counter-narrative to the current government’s focus on urban expansion and renewal, creating a new sense of hope and pride for the communities she works with.

Luis Manuel Otero Alcántara is a Cuban artist and human rights defender whose performances are critical of the conditions many Cubans face. Alcántara leads the San Isidro Collective - an artists’ collective that promotes freedom of expression and cultural rights. He is a co-founder of The Museum of Dissidence, a website and public art project reclaiming and celebrating dissent.

Alcántara has been using art and cultural expression to contest the ongoing violations of freedom of expression by the Cuban government. In his early work, he created sculptures of human forms, animals, and characters from comic books using salvaged materials. He used sculpture to create a "realistic copy of reality". However in the development of his practice Alcántara wanted to have a more tangible impact with his art and to "search for work that contributed to the reality in which [he] lived". This desire led him to performance art and an individual artistic expression that communicates complex and ironic social and political criticism.

Alcántara has faced ongoing persecution for his performances. He has had his work confiscated and has been forcibly detained multiple times. His ongoing detention has drawn protests and statements of solidarity from international artists who support his unwavering fight for the freedom of cultural expression in Cuba.

María Medrano is am Argentinian writer, poet and editor. In addition to their artistic and poetic practice, Medrano is a prison abolition activist and co-founder of YoNoFui, a non-profit trans-feminist organisation that works with formerly incarcerated women and individuals from the LGTBQIA+ community in arts and crafts projects.

YoNoFui amplifies their voices beyond the prison walls, allowing the reassembling of their identities in the face of a punitive and unjust reality that tends to neglect the potential of their life trajectories. In 2010, together with their colleagues of YoNoFui, Medrano also founded Tinta Revuelta, an editorial collective of non-binary people, lesbian, bisexual and cis women.

By establishing safe environments for personal development, relationship building and learning, Medrano's projects address the root of the problems affecting women and LGTBQIA+ community, including their lack of work skills, emotional damage and lack of self-confidence.

Hassan Darsi is a visual artist from Casablanca whose work promotes critical thinking about public spaces and citizenship in a city that is rife with economic inequality, and in a country with limited freedoms of expression. Darsi developed a practice centered on gilding and public spaces.

In 1995 he co-founded La Source du Lion, a cultural laboratory that brings together thinkers, artists, journalists, students, and the general public to discuss the role of art in society. Both individually and with the La Source du Lion, Darsi has produced art projects that are significant in the history of contemporary art in Morocco.

One of the most notable of these is the L’Hermitage park project (2002-2008) which focused on the abandoned, colonial-era L’Hermitage park in Casablanca. Together with the community who live in and around the park he drafted a plan to create community spaces for storytelling, art and repose. In a series of artist interventions - called Passerelles artistiques - different parts of the park became transformed into true spaces of wonder.

Darsi has redefined art in the Moroccan context by engaging the larger Moroccan public through his exhibitions.

Alain Gomis is a Senegalese-French film director and screenwriter whose work explores identity, the differences and bonds that define the relationship between francophone Africa and its diaspora. Founder of the Yennenga Center dedicated to cinema, Gomis plays an important role in the promotion of film and fostering of local talents in Senegal and Africa, and through his work he addresses the complexities of identity, foreignness, and agency, drawn from his personal experiences dealing with dual nationality and the search for belonging.

He is best known for his films L’Afrance (2001), Aujourd'hui (2012), Angdalucia (2017) and Felicite (2017) which depict stories of young immigrants from Sub-Saharan Africa, while exploring themes of foreignness, the individual, and the invisible.

A Sheet of Paper Can Become a Knife