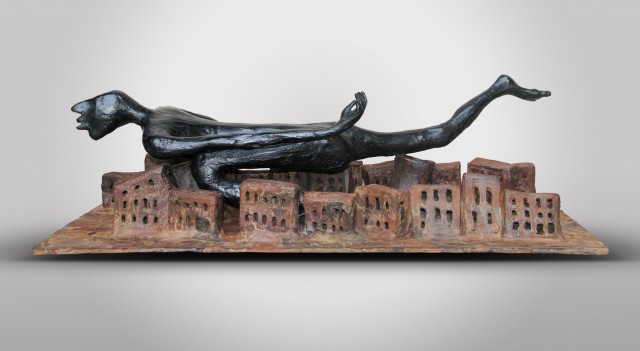 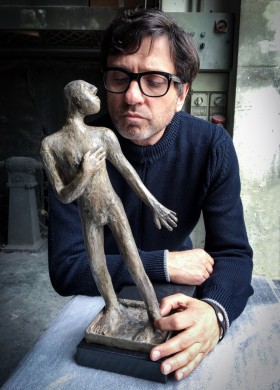 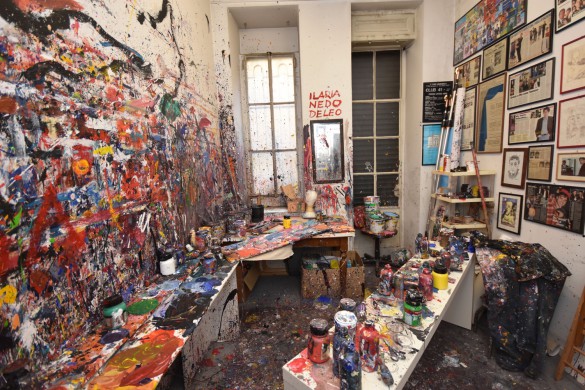 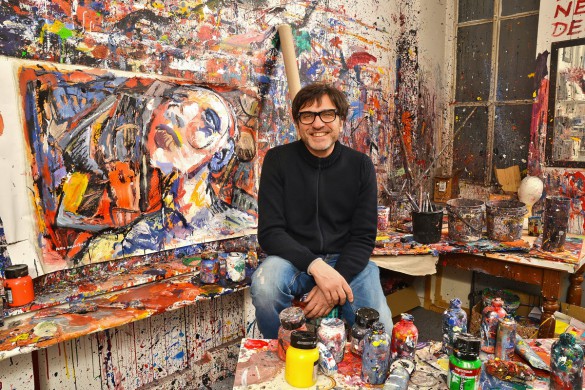 April 21, at 18.00 the exhibition of the artist Dario Ballantini wil be opened in  Circolo della Stampa in Milan. Ballantini, who is well known in ltaly for his performance in Striscia la Notizia (Strip the News), will present his works at the prestigious venue of Palazzo Bocconi. There is a novelty as well, he will show his first sculptures.

On the occasion, you can admire some paintings, in which a universe of colors is represented of anonymous faces and expressions. The scuptures, presented for the first time to the public, are the essence of the painted figures. They resemble a bit his early paintings, where you see a human being, a bit asexual, and bald.

These works were made at a later time than the paintings, because initially Ballantini saw weak sculptures, looking like victims, around which we must turn, in need of something more than the paintings, a certain expression of the face and the body, lacking the variety of colors.

Only after he decided to give life to the works, realizing the importance of their plasticity, the beauty of being able to touch, that goes beyond the two-dimensional framework, interactivity appeared.  Each work has his own history and with a simple click, you have the chance to meet the imaginary ánd historic person.