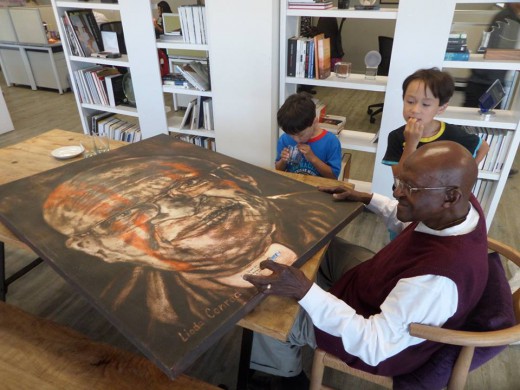 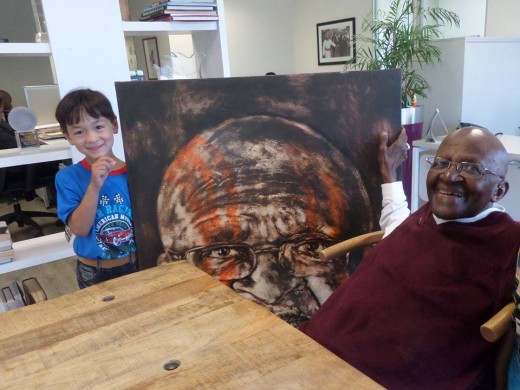 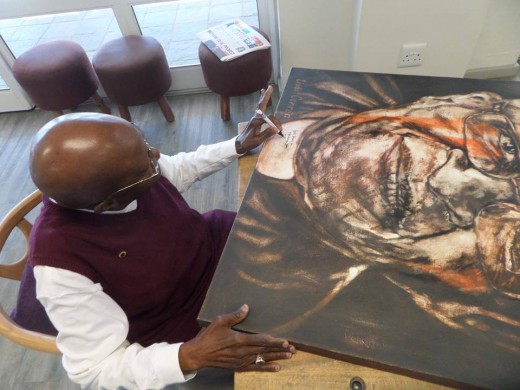 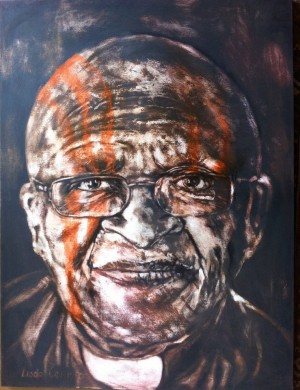 Lioda Conrad’s recent work, a portrait of former archbishop and Nobel Laureate Desmond Tutu has been signed by Tutu himself. The painting is being donated by the artist and will be sold at auction in support of DignitySA at their fundraiser: Life Imitates Art, in Cape Town on March 12th 2016.

The purpose of the fundraiser is two-fold: To raise funds for Robin Stransham-Ford’s right-to-die-Appeal and to honour those who dedicated themselves to changing an unjust law.

The archbishop (“The Arch” as he likes to be called) is a supporter of the Right to Die cause and has signed Lioda’s portrait, adding the words, “God bless you, 3.2.2016”.

With the Arch’s signature and signature quality of Lioda’s art this is certainly a uniquely collectible.