The world of Stonehenge | British Museum 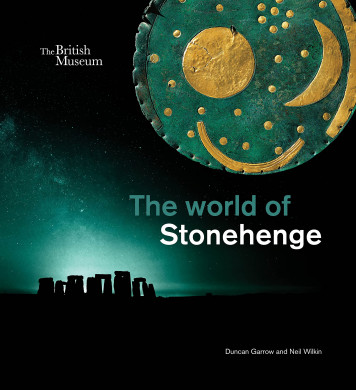 The world of Stonehenge | British Museum

The world of Stonehenge | British Museum Towering above the Wiltshire countryside, Stonehenge is perhaps the world's most awe-inspiring ancient stone circle.

Shrouded in layers of speculation and folklore, this iconic British monument has spurred myths and legends that persist today. In this special exhibition, the British Museum will reveal the secrets of Stonehenge, shining a light on its purpose, cultural power and the people that created it.

Following the story of Britain and Europe from 4000 to 1000 BC, you'll learn about the restless and highly connected age of Stonehenge – a period of immense transformation and radical ideas that changed society forever.

The human story behind the stones reveals itself through a variety of fascinating objects. Among these are stone axes from the North Italian Alps, stunning gold jewellery and astonishing examples of early metalwork including the Nebra Sky Disc – the world's oldest surviving map of the stars. A remarkably preserved 4,000-year-old timber circle dubbed Seahenge also takes centre stage in the show, on loan for the very first time. All these objects offer important clues about the beliefs, rituals, and complex worldview of Neolithic people, helping to build a vivid sense of life for Europe's earliest ancestors.

Informed by ground-breaking recent archaeological and scientific discoveries, this landmark exhibition offers new insight on one of the world's great wonders, bringing the true story of Stonehenge into sharper focus than ever before.

A wonderful trip through Shakespeare's land in 1910 in colour!

The History of England : Every Year

The History of England : Every Year