Home » Article » An incredible history of the Chicago Cubs #6

An incredible history of the Chicago Cubs #6 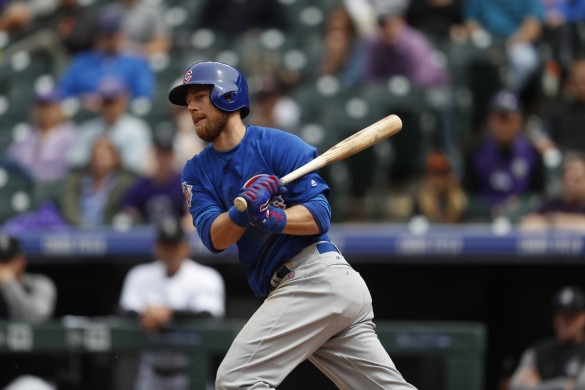 Sometime during the late 60s, Jack Brickhouse, a Cubs announcer at the time, infamously said, of the Cubs "Anyone can have a bad century!"

Now, at the beginning of the 21st century, it could be said that the Cubs will be the 20th century Yankees for years to come.

The new owners pledged to take the Cubbies to the World Series. They agressively hired a couple of noted gun-slingers to redirect the club's players program with both aquisitions and minor league development. We are seeing the results.

As to the aquisitions, well this has been a paraphrasing of the script for Akira Kurosawa's The Seven Samurai (remade in the USofA as The Magnificent Seven. A town is overrun by bad guys. Its citizens take up a collection and offer the top swordsmen/gunslingers to come to their town and make things right. Here is what Jon Lester, the veterain pitcher, who signed with the Cubs for $155 million over six years, had to say about his motivation to accept their offer: "The biggest draw is the fact of helping the Cubs win a World Series. That's been the big draw the last two years for the guys to come here. I know Zo [Zobrist] and Heyward and Lack [Lackey]  turned down more money in other places to come here because of that, that allure of winning a World Series in Chicago. For me, it wasn't a deciding factor, but is was definitely a factor in our decision making."

The Cubs hit a speed-bump at the end of June and it continued to the All Star Game. Lots went wrong. But....Since the All Star break, they have 10 wins against 6 loses. A few of the loses have been heartbreakers; 2-1, 4-5 and 0-3. The pitching continues to be strong, but from time to time the hitters have left the throwers down.

15th July: Cubs took on Texas Rangers in their first game after the ALG. Both teams lead their division. Kyle Hendricks scattered 3 hits over 6 innings (He is now 8-6 with a ERA of 2.41, third best in the league). Russell, boy wonder, scored two runs and got a single that scored two (53 RBIs). Cubs win 6-0,. Maddon said, "Kyles one of the best pitchers in the National League now and nobody is talking about it."

16th July: Hammel is coming off a four game loosing streak and strikes out seven in 6 innings and gave up  three hits and allowed one run. Hammel credits "potato chips" as having made the difference. The team doctor advised it Hammel said, "for my cramps, if it is a chronic thing [the doctor] said 'potato chips have lots of potassium and the sea salt helps retain water.' So I focused on that over the break and ate a lot of chips and I think it turned out pretty well." Hey, whatever works. Matt Szczur comes in as a pinch hitter, in the game, for the second consecutive day. On Friday, he delivered a two-run single.  This game he smacked a RBI single. Rizzo's two run RBI double and Szczur's pinch hit single tells the story in the 3-1 win when the Cubs got only four hits. (55-35)

18th July: The "real" Jon Lester showed up to pitch against the Mets. He had had his shortest outing of his career when he faced them on 3rd of July, giving up eight runs over 1.1 innings. In this game, it was the exact opposite. He pitched 7 and 2/3 innings and gave up one run. The Cubs had lost eight consecutive games to the Mets and the dismal streak began with their four consecutive loses to the Mets in the playoffs, in 2015. Rizzo was the big boy with a three run homer. Matt Szczur started in rigth field for Jason Heyward and posted his first three hit game. Cubs 5-1.

19th July: Arrieta is back in the saddle! He pitched 7-innings gave up five hits, one run and SO eight. But he gets no decision as Randon, the Cubs closer, gives up three hits and one ER, in the ninth, and the Cubs lose 2-1. Dexter Fowler, still on the DL, said of Arrieta's performance, "That was a little more like it!." (56-37, .602)

21st July: USAToday reports on a rumor that says there could be a trade between the Cubs and Yanks. the Cubs would send the injured Kyle Schwarber to the Yanks for relief pitchers Andrew Miller and Aroldis Chapman. Cubs deny it...Cub fans would revolt if they trade Schwarber with me leading the pack!

22nd July: Dexter Fowler---on the DL since 19th June---was back in the line up against the Milwaukee Brewers.  He smacked a lead off homer, got a two run double and a single. Jason Hammel pitched 5 innings and gave up 4 hits for a 5-2 victory. Since the ALG, the Cubs are 5-2. Pitcher to watch: Carl Edwards, Jr (24 years old) came in with a man at second base and no outs. He had to face the Brewers' #3, #4, and #5 hitters. He retired the side and had 2 SOs.

25th July: Cubs go against their corss-town nemisis the American League' White Soxs. Arreita goes 6 innings, gives up 5 hits and 4 ER, strikes out 6, but he gets no decision. A new member to the Cubs bullpen, Montgomery, pitches one third innings gives up 2 hits and one earned run and the Cubs lose 5-3. Baez goes 3-for-4 (.292%) with 2 RBIs (35) and his 10th HR. But the big news is that the Cubs send four players---three minor leagurers---to the Yankees for one, Aroldis Chapman, a hard throwing closer. A week earlier, Chapman threw a pitch clocked at 105 MPH. Maddon calls him "a unique pitcher."  Adam Warren, acquired last winter from the Yanks for Starlin Castor, goes back home to NYC with the minor leaguers. To put this trade into perspective you must understand that the Cubs gave up a top prospect, Gleyber Torres, and three other players for Chapman's contract that ends at the end of the season. He will then be a free agent. The Cubs owners and front office are doing everything to guarantee a World Series presence if not win.

27th July: USAToday's Rob  Nightengale said about the Cubs addition of Chapman, "There have been too many billy goats, black cats and Steve Bartman-like incidents in their past for the Chicago Cubs to get too comfortable. But it is time to get real. The Cubs, for the first time in a century and eight years are going to win the World Series. You know it. I know it. Chicago knows it. And like it or not, all their competitors in the baseball world are going to have to accept it." Spot on! How good is this guy Chapman? He averages 100.7 MPH on his fastballs. "He has produced at least 30 saves and 100 SOs in each of the last four seasons and a career rate of 15.2 SOs/nine innings is the best by any pitcher in history."  Footnote: so far 254 of Chapman's 524 tracked pitches (48.5%) have been clocked at 100 MPH or faster.

28th: Lackey goes 6 innings, gives up 4 hits and one ER. Leaves for a pinch hitter. The last four outs are thrown by Chapman who gets his first Cub save (21 on the season). Bryan and Russell both get two hits and each an RBI (Bryant, 67; Russell, 61). Sales, the White Sox star pitcher (14-4) went 6 innings and gave up two runs. Since the ALG, the Cubs have won 6 of 8 games at Wrigley.

30th July: Arrieta was on the mound. Pitched seven innings, gives up two hits and two runs. But Cubs lose 4-1 and the as Cubs' batters managed only 3 hits and struck out 14 times. Whoa....

31st July: The last game of the month of July was a weird one. A recently signed pitcher, Matusz, who the Cubs had to pitch for contractural reasons, goes three innings, gives up 6 hits and 6 runs. The new wonder boy, Edwards, Jr., goes the next two innings, gives up no hits, no runs and gets 5 SOs. Six more pitchers will follow in the game that goes 12 innings. Two hitters stand-out in the 9 hit performance: Zobrist, 3-for-5 and 2 RBIs; Russell was 1-for-5 but had 2 RBIs (63). Jon Lester, a pitcher, pinch hits and gets an RBI on a squeez bunt in the 12th which wins the game 7-6. Rondon pitched the last two innings giving up nothing: No hits, no runs and one SO. A. Russell led the Cubs during the month of July with 22 RBIs. Hey, the kid is only 22. Willson Contreras, called up on the 17th of June, from the minors, has had 133 at bats, 35 hits, has scored 17 runs, hit 5 HRs, and 17 RBIs for a .263% average. Nor bad for a novice.

The slump that lasted from the second half of June up to the ASG appears to have ended at that point. Cubbies finish the month at 64 wins and 41 loses. Oh what a season this has been...what a rare mood I am in....and the season is nearly 2/3 over....But anything can still happen...like the Cubs will get better!

An incredible history of the Chicago Cubs #5

An incredible history of the Chicago Cubs #4

An incredible history of the Chicago Cubs #3

An incredible history of the Chicago Cubs #2

An incredible history of the Chicago Cubs #1