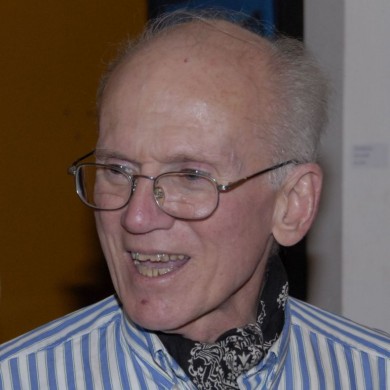 What looked like a turn around in the Amsterdam art market at the close of last year has fizzled out with the new year. People are NOT buying. And that hurts! Hurts artists and galleries. Art lovers are not doing their part to stimulate a return to the "good times." Strange! Strange, because the Netherlands unemployment rate is the envy of much of the rest of Europe and half that of the US of A. It's a mystery to 3D.

As to the irregular appearance of the "3D list," well, unfortunately, things have not returned to normal. I still have limited access to both the Internet and a PC. Hopefully, come September, something will come up and we can get back to our weekly get together. I am working on it, but I do need help.

Max Snow (USofA) is at Serieuze Zaken Studioos (Lauriergracht 96) exhibiting macabre art photography with a sense of humor. You have to laugh at the imagery because it hurts too much to cringe. What can you say about a photo of a skull in a blond wig with a tiera? A pretty lady, naked from the waste up, with a pistol sticking in her mouth? A skeleton straddling a naked lady or a pretty nude lady laying in a coffin with a cigarette dangling from her mouth and a bottle of beer resting on her lower abdomen? And all this imagery in glorious b/w. You got see it to appreciate what Snow does. Until 15th June. Sorry, forgot to check the price list. https://bit.ly/2mrkyDb
***
At Artspace 50 (Herengracht sous) is Thomas Monses made in Japan show. He made a trip to the country and came back with memories that were inspirations. This exhibition "Everything in its right place" hangs pigment liner drawings on paper which are representational but could accurately be described as linear abstractions. He includes acrylic and gouache works on paper which are simple and sentimental. A series of four photographs are unusual because of their composition of rather banal scenes which have been transformed into intricate designs and patterns. The prices are also attractive. (29x22 cms., dr. @ 180 euro; acrylic & gouache on paper @ 1,600 euro.) Until 6th July.
***
"C&H art space" (2e Kostverlorenkade 50) offers Adriaan Ress and friends. Rees designed and fired in ceramic six 50 cms high torsos and asked six different artists to do the designs. And each is a unique presentation, no edition. One has a design in Delft blue; another is a flat gray charcoal; another in a pale aquamarine which is "tattooed" with roses and skulls. Something for everyone. A single work all by himself is a lady leaning over with her head in a bucket.

Julia Münstermann does what appears to be minimalistic paintings that require lots of work. It is representational, but it comes across as a conceptual interpretation of common scenes. The canvases tend to be dark and either in shades of blue or green. Your senses see panoramic night views of city scape's, but they are so vague that it doesn't matter. Nice! (30x22 cms., acrylic on linen @ 950 euro; 140x190 acrylic on linen @ 5,500 euro.) Until 11th June. http://gerhardhofland.com/en/
***
Alan Charlton is at SLEWE (Kerkstraat 105) with an exhibition that is not for everyone. Only a select few art lovers will appreciate his work and style. Charlton is a conceptual minimalist that does monochromatic painted canvases and presents them with a conceptual redundancy. He limits the color range to no color. Well, almost. All the works are in various shades of gray. "Each" piece is composed of from five to 12 canvases. And together they comprise a monumental composition. One red dot and two greed dots. (42x70 cms., acrylic on paper @ 5,500 euro; 45x117 cms., Nine canvas sections for a total size of 133x360 cms., acrylic on canvas @ 44,000 euro.) Until 4th June. https://www.slewe.nl/
***
On Sunday, the 22nd of May, the restaurant Patroon (Zeeburgerdijk 52) turned their space over to a group of artists. The space, itself, is rather spectacular. It is a late 19th century industrial site with the original overhead crane still in place. The restaurant was closed for the one day only exhibition; and I couldn't find a menu. A total of 13+ artists were showing with work ranging from posters, to video, to cut-outs, to drawings, to photography, an installation and there was a "performance." The latter was interesting, if not artistically, then from a psychological angle. You entered an enclosed octagon area with three three meter high mirrors, each separated by a curtained rectangular area which appeared to enclose something like a Punch & Judy stage. You took a seat on a stool that swiveled. At one point, a set of drapes opened and a man stared out at me but said nothing. 3D made comments, but there was neither a reply nor any physically acknowledgement that any one of them had registered. Then a second set of drapes parted and a woman started out at me. I made humorous and ironic comments but, again, no response. I even tried to out stare her...even that didn't illicit any retort, physically or otherwise. I finally, I said, "It must be love!" De nada was the reply. The experience was five minutes long and rather disconcerting. Sorry that I can't give credit to the two "performers" and/or artist, but there were no name tag on anything. We were given a sheet of paper listing the participants and they were numbered, but NO numbers appeared on any of the work. Pity! Pity since there was a few exceptional pieces. https://bit.ly/2Leklxl
***
If you are in the area of the harbor, near the entrance to the IJ-tunnel, check out the installation, in the water, behind ARCAM (Prins Hendrikkade 600). It is "Manifestatie BRAK" by Roel van Timmeren and Floris der Kleij. They have made a three+ meter high figurative sculpture from green netting that looks like seaweed and strewn over a supporting cross like that used for a farmer's scarecrow. In place of a face, there is a deep sea divers' helmet. Take the kids. They will probably enjoy it more than any adult. A related program will follow on 19th June; 27th August. See for info: https://bit.ly/2BuxJ0o      https://bit.ly/2nnsDtj
***
"Gallery nine" (Keizersgracht 552) has an exhibition for Hubert de Boer who is a geometric abstract artist with his own unique watercolor technique. He does simple rectangle washes and overlaps it with one or more squares and/or rectangles. Simple, but elegant. His color chart is rather limited and quiet. That is, no strong vibrant colors but hues of brown and blues. Nice! (22x22 cms.to 25x28 cms., watercolor on Arches Aquarelle @ 850 euro.) Until 4th June. https://bit.ly/2O2dGJ6
***
"Timeless" is the title for Femke Teussink's exhibtion at Galerie Rademakers (Prinsengracht 570). Her work is not meant to be portrait work, but they are portrait studies. That is, no one commissioned her to take the pictures but they are all "portrait" photographs of young ladies from the age of about 10 to their early 20s. She has a couple of unusual techniques. In several photos, we see the subject through a haze; they are a bit vague but also mysterious. In other examples, she has drawn with white paint an oval outline on the subjects face. A very large photo of a woman, in a red dress, is hanging directly opposite the gallery's entrance and at a distance of 30+ meters. It commands your attention immediately upon entry. Oh, yeah, it ain't for sale. Sorry. (Each work is offered in two sizes: 70x70 cms., Ed 7 @ 2,950 euro; 109x80 cms., Ed 7 @ 3,300 euro.) Until 6th June. https://bit.ly/2JvtSz2
***
...And directly next door at Morren Galerie is Paul Day (UK/FR). Day has taken material and a technique more common with the 19th century and reinvented it. He forms---or sculpts?---images that are truly 3-dimensional from terracotta resin. There is a classical opera theater scene where we view the interior and stage from seats at the rear of the upper balcony. Another shows a person's face from the tip of his nose to the upper edge of the eyebrows and from ear to ear. The figure is wearing glasses. Okay, that much is rather simple, but, get this, in the section where the glass' lenses should be is a collection of figures---25+---that is the reflection of the view of the room. Cool and with fantastic detail ((70x120 cms. terra cotta resin @ 12,700 to 18,000 euro.)...Hanging on the walls are the photographs of Brooke Shaden that are elaborate in their posing and production. And the posing is not only unusual, but often conceptual. Some of which defy explanation. All feature females. (100x100 cms., photo on dibond, Ed. 5 and Ed 10 @ 2,800 euro.) Until 12th June. https://www.morrengalleries.nl/
***

Please note: some of these shows will be closing in the next few days so you gotta hurry, hurry, hurry. Don't wait. Don't stop at "GO." Just GO!!!