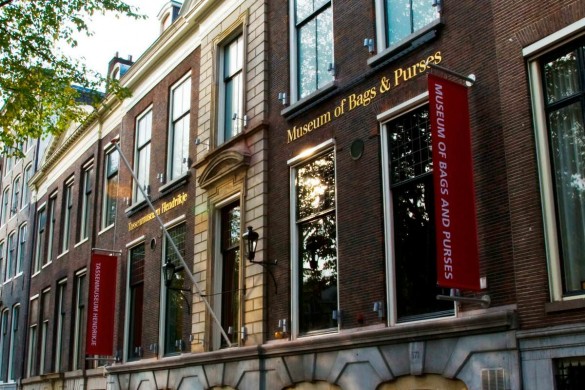 A thousand apologizes. First, this list has been delayed more than two weeks. Twice, as I was just putting the finishing touches to it, all disappeared. TWICE! I nearly quit. Then there was that viral email that went out to the 3D' mailing list six times. Finally shut it down. My server and I have worked out the problems---I hope.

As you read the reviews you will note the absence of references to RED DOTS. They, at a gallery, signify that the work has been sold. There is only one surprise. I asked  the gallerist if he was using a gun or black mail?

But the economy is BAD. I have perhaps gone into that subject at too great a length...But, hey, folks, austerity SUCKS. It is not aiding anyone. It is destroying infrastructure in the cultural world and killing sales at the galleries.

Time for a new government!
***

Well, I compile this list at the Stad Archieves. They have just introduced new keyboards. Unfortunately, their is a flaw in their design. It is so bad that unless I find another location where I can do the list I may cease doing it. Some of the problems are small. Okay, I can handle that. However, the major one is that as I type I hit a key or combination of keys and I loose everything. This list would have been completed a few weeks ago if it had not happened. I started from the beginning, then, on 9th April, had intended to finish it and it happened again. I have tried everything to  restore the text but nothing works. What I am saying is that I will make one more try...
(19th April, so far so good.)
***
Ernst Voss newest initiative is organizing an exhibition which wants contemporary artists to interpret the Great War, 1914-1918. This year, in June, it will be one hundred years since Europe began that long and demoralizing escapade. We know much about its cruelty because of the artists, writers and poets who were there and bore witness first hand. For more info reply to: ww1@europeanartistsfestival.com.
***
On Saturday, the 13th April, the opening day for the public to the renovated Rijks Museum, there was a line from the museum's entrance to the Albery Heijn at Van Baerlestraat. Well, entrance was FREE...Also, the same day, there was a one page announcement in the Int Herald Tribune, in color, to promote the reopening and included "We Thank Our Benefactors" list. The background photo was a small section from The Night Watch...In a few weeks, 3D will review the renovation.
***
"Female Pioneers of the Bauhaus,"  by Alice Rawsthorn discusses an exhibition that focuses on works of the women, of the movement, and how them were held back by regulating what it was they studied. (www.iht.com, 25th March)
***
The Science and Non-duality Conference (SAND) will hold its second annual program, at Doorn, from 28th May to 2nd June. "This year's theme is 'The Science & Mystery of Perception'...Over 80 preeminent scientist, philosophers, spiritual teachers and mystics" will participate. More info at: https://www.scienceandnonduality.com/europe/
***
Amsterdammers have naturally employed the convenience of the bicycle for over 100 years. 3D has not had an automobile in over 20 years because the Amsterdam city officials decided it was time to clamp down on "creative parking."  I started to collect parking tickets. I got the message. Now, there are an estimated 880,000 bikes in the city, "You use to be able to park in front of your door. Now people know that if they go to the city, they should park elsewhere," said Jeannie van Pinktcrew. She got that right. In the center---as well as other neighborhoods---there is a sign or decal which tells you that it is forbidden to park your bike. And that includes shops along the small side streets and including the Kalverstraat that forbid it. So what's the story? What are we to do?
***
"The Dutch consumer price index is currently around 3.2% its highest level in 10 years. In 2011, the Dutch inflation rate was one of the lowest in Europe" (www.DutchNews.com) ...And,  unemployment is at 7.7%, TNT will cut 4,000 jobs. (March's figures are now in and unemployment is at 8.1%, "Never before have so many people been out of work in the Netherlands.")...And this from www.iht.com, 3rd April, "Unemployment has reached 12% in the euro zone. Spending cuts and tax increases are feeding off each other. It's a bit of a vicious circle." said Mark Cliffe, chief economist at ING Group, he added, "Europe is pursuing a policy that is self-evidently failing."...And the Dutch parliament continues to play the fiddle to the tune of: Give austerity a chance.

Five years ago, when this current economy was in its infant stage, I remarked to a gallerist that it would take two years to return to what it had been. He said, "No! Five years." I recently pointed this out to him and said that, at the time, I thought he was wrong, but he was both right and wrong because we are not back from where we began. Now, he says, two more years. I replied, "I blame it on this right wing government and their austerity mantra."  His answer to that was, "What they are doing is right!" Well, I least I know of one person that is responsible for the present parliament.

13th/April: FLASH: Parliament, at last, sees the writing on the wall..."The Cabinet's decision to postpone new austerity measures in order to boost the jobs market came in for considerable criticism...with opposition parties accusing the government of failure to take full responsibility." (www.DutchNews.nl)

Right on! And I might add, they are only suspending the measure. We need stimulus. This latest move is like putting a band aid on a hole in the dike. It may slow the flow, but it's just a matter of time....

Lodewijk Asscher, social affairs minister, said, "The Dutch economy will have to grow an extra 1% between 2013-2014 to head off the threat of extra austerity measures. Huh? Isn't that akin to a dog trying to catch its tail?

Sybrand Buma, leader of CDA, says that the Prime minister Mark-the-Shark is "putting the onus for the recovery on the man in the street...If they do not buy enough cars, houses and clothes over the next few months, then they will have to pick up the bill in the form of extra cuts...That is not what you should do if you want to restore confidence." True or not? See next paragraph...

Here is an example of the effects of austerity on a segment of the society. For the last few years, 3D has given tours to high schools students from Amsterdam and other cities in Holland. Generally, I have four to five in the spring and a like number during the fall. This year I have had but one reservation for spring...And, last week, it was canceled, "It turns out that so many kids
(parents of) of our VW04 classes failed to pay for this year's field trip that we had to cancel the whole trip to Amsterdam." Signed, GM. That not only means a loss of revenue for me, but the bus that would have been rented, the driver, the lunches, etc. In other words, the middle class element of the society.

When I walked into my neighborhood laundry mat---located in Amsterdam-East---last Monday, it was empty. All ten machines were lined up with nothing to do. I asked the proprietor what was wrong? "The economy!" Never thought dirty laundry would be effected by a recession.

However, the opposition parties are finally beginning to speak up. A "RTL commentator Frits Wester, describes the current debate as 'chaotic...I have the impression we are watching an amateur theatre group and that would be a better standard than this.'" (www.DutchNews.com, 17th April)

On the other side of the ocean, Obama has fought against spending cuts and fed money into the economy with a stimulus plan. American unemployment has fell from 10.4% in 2008 to 7.4% today. Jacob J Lew, the U.S. Treasury Secretary, said, "The U.S. economy has expanded for 14 consecutive quarters...[And] private sectors has added jobs for 37 straight months. Automobile sales continue to rise with both GM and Chrysler's showing excellent profits; both companies were saved by the stimulus package. Are you reading this Mark-the-Shark?
***
Obesity? "What's the major cause of a nation's obesity rate?...Quite simply, the higher the percentage of the county's residents who cook, the fewer of them who are obese."  Lesson: Forget those prepared meals that glare at you at AH, Lydl, Dirk vd Brooke...Not only will you save money, but you'll live a longer and happier life. Quote from a review for the book: Cooked: A Natural history of Transformation, by Michael Pollan, Penguin Press, reviewed at: www.washingtonpost.com/opinions/cooked-a-natural-history
***
"Ever tried. Ever failed. No matter. Try Again, Fail Again. Fail better."  Samuel Beckett, Worstward Ho.
***
Andy Warhol said, "Art is what you can get away with!"
***
"It's not what you look at that matters, it's what you see."  Henry David Thoreau.
***
Something lighter?...Laser 3.14 says, "He drilled a hole in his head so he could 'breathe' again." at Kerkstraat 257. And "A head full of nitroglycerin," at the old Film Museum, Vondel Park. Did I say lighter?
***
...And this was seen written on a Stedelijk cloth bag: "The time of art is irrevocably over."  Hmmmm.
***

A museum exhibition is more than a visual experience, it is also an educational one. The nice part is that the education is almost effortless. All you got to do is to read the paragraph of liner notes and you walk away as an expert. This show is no exception.

During the 17th century, Dutch students made use of wooden school "bags" which doubled as a writing desk---there were no school desks. These bags were often handed done from parent to child. Some were decorated with paintings or carved designs. "Bags from Zeeland were often made of oak...Bags from Joure, in Friesland, show depictions such as wind mills, a little boat or a man on horseback."  They measured about 40x25 cm to slightly larger. They would be used well into the 19th century.

The leather school bag was introduced around 1870 and came into general use around the turn of the century when desk were first introduced and compulsory education went into effect (1901). The next big jumped occurred only recently with the introduction of the rucksacks by the fashion house Prada, in 1985. But, soon, other bag makers did their own versions and in cheaper models which became an "overwhelming success."

On display are rucksacks that are decorated with religious symbols, in honor of a TV show like 90210, Beverly Hills, not to mention Disney characters, Snoopy, polka dots and guns. Others have become a canvas for graffiti art.

The show concludes with this observation, "The introduction of digital schoolbags on tablet computers has made it  unnecessary to carry a school bag any longer. In the future the school bag may actually disappear entirely."  Until 12th September. Herengracht 573 www.tassenmuseum.nl
***

WHAT YOU HAVE MISSED...But there still may be time...