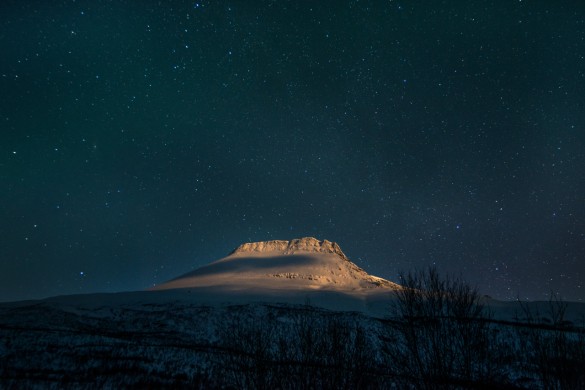 Gould's 3D List begins its 12th year of meandering the streets and canals of Amsterdam to discover the surprises that awaits the art lover. And there are always surprises in one form or another. You never know what to expect and you always get more than you  thought you could expect. So, read on...

There is good news for the Amsterdam Art scene this year: RED DOTS are breaking out like measles. Check out the gallery reviews and rejoice that perhaps the art market is coming back. Well, it is about time. The crash began back in 2008. Since then we have seen the demise of several galleries both big and small. Others have cut back on the number of openings per year. Are those bad times over? Cross your fingers....

As I have mention a few other times, over the last few years, there is a new trend amongst galleries: No Name Tags, next to the art work. Name tags generally also include the size of the work, the technique and the price. Gone! Sometimes, and more often than not, there is an A4 sheet of paper listing the information. But, now, even that is disappearing. I attended a group show of 15 artists, No name tags, no sheet of  paper listing the artists names, no price list. I didn't write a review. How could I?

Finally, a thousand apologies to the readers for my delay in posting the first 3D List of the year...I was busy! I compiled a digest that is titled: "Why Trump Won't Be President: N.B. Not That He Can't be. He could...And That's What's So Scary."  It is available at: https://bit.ly/2IzJXoq. It will cost you less than a beer!

This list will be updated around the 1st of December. Stay tuned....

Let us start with an Oscar Wilde quote: "The truth is rarely pure and never simple." Hmmmm...Could be a definition for art.
***
Seen lettered on the side of a boat anchored on the Herengracht: "Everything is f***ing art," minus the "*".
***
Laser 3.14 penned this: "It's dark and I don't exist."Hmmmm... Sarphatipark. Also at Singel 146, "This City & Me."  Okay...but so what?
***
This was seen in the window of a restaurant on the Kinkerstraat: " Opinions are like orgasms...mine is more important than yours, and I don't really care if you have one." It specialized in "fish & chips",  English style. Alas, they are no longer in business. The day I read the sign whey were closed. I returned a few weeks ago and found it gone. That was quick!
***

Let us start the new Amsterdam Art Season on a very positive note. At GRIMM (Frans Halsstraat 26) are oil paintings by Caroline Walker, a Scottish artist. Her style is realism with nuances of expressionism. You will see a strong and favorable references to the works of Edward Hopper and David Hockney, the latters California scenes. The linear forms, the light, even the position of the figurative models. A couple reflect how Hopper worked with his wife Jo, not only his favorite model, but his only one. And the positive note? Ready for this? There were 21 red dots---nearly all of the hanging work---and eight more red dots of work not hanging. Phenomenal! Is this an indication of a turn in the fortunes for the Amsterdam art' market? Let's hope so. 29 RED DOTS (Oil sketches @ 1,700 euro; 230x350 cms, @ 25,000 euro)  Until 9th October. www.grimmgallery.com
***
The title of Levi van Veluw's exhibition at Galerie Ron Mandos (Prinsengracht 282) is The Monolith. Indeed one object (2Mx2Mx2M) is a collection of cubes. Had they been arranged in another configuration it would be reminiscent of the monolith in 2001: A Space Odyssey. He hangs several charcoal drawings which are heavy on contrast and the emphasis is on the perspective. There are wood objects which consists of hundreds of small squares which form a grid. They are all in black. 22 RED DOTS at opening. (51x73 cms., @ 8,000 euro; 103x140x65 cms., walnut wood, black ink, coal @ 22,000 euro) Until 29th October. https://bit.ly/1NONWvU
***
At BORZO (Keizersgracht 516) had a ten day pop-up exhibition for the Dutch/Russian artist, Masha Trebukova. Her style is simple, in fact, cartoon strip-like. However, the technique is anything but simple; it is highly complex. she says, "I print these drawings on textile using the carborundum technique....This method unites the three-dimensional with printing and painting." The style is Romanesque images and interpretations of Biblical stories. 8 RED DOTS at opening. (85x50 cms., @ 2,800 euro; 150x90 cms., @ 5,000 euro; 165x150 cms., @ 7,500 euro)  www.borzo.com
***
Joris Geurts is at SLEWE (Kerkstraat 105) with new watercolors. What is the imagery? Landscape as seen in the conceptual sense or just abstracts? Doesn't really matter because Geurts latest efforts are captivating. They are washes and, indeed, subtle as well as minimal. And that only describes the color---note, not colors. The color is blue and in its many shades. The paper size (25x140 cms.) gives the work the sense of a panoramic sweep. 6 RED DOTS at opening. (17x24 cms., w/c on paper @ 1,100 euro; 28x100 cms. @ 2,750 euro; 38x140 cms., @ 3,800 euro)  Until 29th October. www.slewe.nl
***
Pete Purnell is a photographer and in his current show at WM Gallery (Elandsgracht 35)  He hangs photos that, in a word, can be described as: Beautiful. There is an eerie and ghostly imagery which is difficult to define. There is a phenomena known as aurora borealis which is sometimes visible from northern Scotland to the Arctic Circle. Purnell  has traveled to northern Norway five times to capture the occurrence on film. At first, it looks like you are viewing conceptual photography, not reality. Look more closely and you may see, at the bottom of the photo, the outline of a landscape. All the shots were made against a night sky and many have a mesmerizing and dramatic effect. At the back of the gallery there is a video/slide show installation. (60x60 cms @  350 euro; 60x80 cms., @ 420 euro; 75x112 cms., @ 680 euro)  Until __?__  www.gallerywm.com
***
The following exhibition is in the same art space, but in separate galleries: Geldersekade 30.

Ten Haaf Projects, presents Stanislava Kovalcikova (Slovakia). She describes her work a "magical realism." Okay, but what you see is starkly stated realism featuring female and male figures. Some poses and compositions are traditional though not the colors. Some are vague, mysterious to the point of being both provocative and appealing to your natural instincts for voyeurism. She also selected T-shirts featuring typography and adds "graph and linguistic signs." (59x31 cms., oil on linen @ 800 euro; 75x56 cms., oil on linen @ 1,250 euro)  Until 29th October. www.tenhaafprojects.com

Galerie Vriend van Bavink is exhibiting Joncquil. He is a conceptual artist who does, as far as style and technique, everything. There are minimal abstract paintings; a series of nine Polaroid photos with him wearing a hat but in each he mimics the likes of Winston Churchill, Joseph Beuys, Buster Keaton, Robert Oppenhiemer---one of the father's of the atomic bomb---an all star cast. There is a sculpture work of a nearly two meters high rectangular piece which is intersected with wood slats. Sorry, no price list.

A Juan Project is an initiative of Gallery Gabriel Rolt. This first venture is for an American Brendan Anton Jaks who presents an unusual exhibition. Choppy Waters is the show's title and a floor piece (300x150x15) conforms to it. The "floating" objects---previously slatted deck chairs---ride  on epoxy/resin waves. There are two full size bathtubs of unusual design which have another life on the inside; a conceptual arrangement of aquarium sand, fabric, et al. Two wall hanging objects are enigmas. (28x16 cms., dildo packages, enamel @ 300 euro; 60x30 cms., polyurethane foam, epoxy resin, cement bricks  @ 2,500 euro.)  Until 15th October. www.gabrielrolt.com
***
Peter Schuff has been hanging his work in Amsterdam for over 30 years. Generally, the comments 3D makes are my own. However, the press release for Galerie Gabriel Rolt (Tolstraat 84) was a concise and right-on description of his style. He was part of the 80's artistic movement Neo-Geo "consisting of geometrical and tridimensional shapes, [that] persist in what seems to be an eternal movement...The strong suggestion of rotation and movement is the result, thus, of light-geometry interplay, mixed with different nuances of colours and shadow tones." Yeah, that sort of says it all. (No price list available). Until 8th October. www.gabrielrolt.com
***
Galerie Lieve Hemel (Nieuwe Spiegelstraat 3)  hangs the work of Alex de Verde who makes paintings that come close to being described as indescribable. Basically, he is a geometric/abstract realist. An unusual combination of styles. And it gets better. Often the geometric/abstract provides a "frame" to the realism  and his variation on the style comes close to being phenomenal in its unique way. You will see the motion of planets in orbit. He  achieves the geometric part by cutting the imagery from the Masonite "canvas".  Unusual and very effective. Also, worth noting is the humor, often subtle. (6,800 to 8,600 to 14,999 eyuro)  Until 1st October. www.lievehemel.nl
***
At Seelevel (Bethanienstraat 39) hangs the work of Tanja Engelverts (NL). Seelevel is a photographic gallery, but her work is not traditional photography though she starts with a camera. She traveled to the desolate areas of Wyoming, in the American west, and captured its landscape. She then transferred the imagery by etching it on brass plates. The results are subliminal and often mysterious. (20x20 cms., etched on brass, Ed 5 @ 400 euro; 80x200 cms., etched on brass, Ed 5 @ 3,000 euro.) Until 1st October. www.seelevel.nl

Again, a thousand pardons for my delay in posting the first 3D list of the new season. It will be updated at the end of November. In the mean time, get out of the house and ride, ride, ride on your bike or whatever to a gallery near you...well, even far from you.....