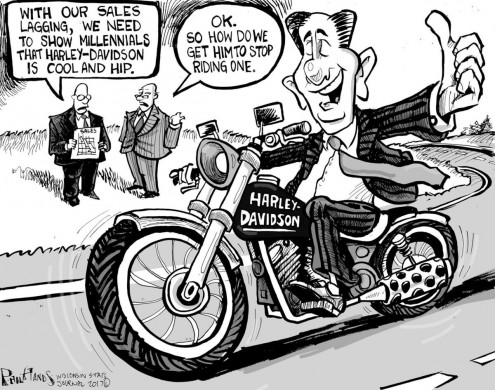 This is very revealing. You mention that the only thing from The Clinton Tapes you are interested in is that part about Monica. You care nothing about what he said about Haiti and Aristide, Jiang of China, his meetings with Yeltsin, dealings with Israel, the American national debt, et al. American's have become voyeurs and are only titillated by scandalous behavior. I remember an American woman---living here, in her 40s---saying about CLintons tryst with M. "I'd sleep with him, too!"

And look at what your "debt-minded" Republicans did last week to the budget that they want to reduce by eliminating government programs, cutting money for education, etc...This from "Tax Loopholes Block Effort to Close Gaping U.S. Deficit," by Jonathan Weisman (www.nytimes.com, 20th July): "Federal tax reciepts are reduced by more than one trillion dollars a year by various tax deductions and credits, known as tax expenditures...Ending them would nearly eliminate the Federal deficit..." And what happened last week? "Legislation by Debbie Stabenow, Democrat Michigan, to end a tax deduction for the expense of moving business overseas fell to a Republican filibuster in the Senate this week."  This isn't from someone called the POLLAK. This is fact!

Did Cry-Baby Rush mention it?

Hey, I hope you are keeping you grandchildren home from the movies...I mean, when we were kids someone in a matinee audience may have had pea shooter to pass the time away when the cowboy hero was smooching...Now it's an assault rifle...12 down in Colorado...How many more to go? And you are right, guns don't kill people, people kill people and that's why you gotta take away their phallic symbol and shove it up their ass.

HEY....ALL IS WELL.....AFTER ALL, IF THINGS GET REALLY BAD, THE
GOVERNMENT WILL TAKE CARE OF US, RIGHT? AFTER ALL...THAT'S WHAT
THEY'RE THERE FOR, RIGHT?

i assume this is meant to be sarcastic, however---and since I am an optimist---I will claim that I am finally getting through your obstancy and making you think about these real issues for a change; not whether Obama was born in the USofA or has a valid S.S. number.

Thanks for getting on the Dan Gould Bandwagon...Next stop: A equitable America...Kid you not!!!

This was fun! I think it gets into the mind of Bozo Ronnie very
accurately...And, NO, I don't hate him...I have NO respect for him. As
proof read all that is below---and in his own words.

The one about the "most terrifying words the English language
[sic]...I'm from the government and I'm here to help." The intro is
wrong and the last part is what government is all about.

Actually, if I had the time I would check on these statements.
Something doesn't ring true...It is possible someone made them up in
the "spirit" of the gipper...Too bad he didn't stick to baseball, he
would have made a great play-by-play announcer; and, in fact, that's
how he got his start.

As to the closing phrase that I "hate everyone who doesn't think like
you!!!" Neither true nor accurate. What I do loath is someone who
ignores the facts and truth when I try to educate them and that's
what I  call hill-billy ignorance (actually, that slur is  an unfair
because there are "hill-billies" that have common sense).

Interesting response. I don't know why you have no respect for RR. He
was against big government, as evidenced by almost every quote below.
And, yes, government is here to help.....but not CONTROL.

As far as the gun comments, ..............a little hyperbolic by you.
Incidentally, "Thou shalt not kill"...also extends to abortion from
their prospective, as well.

I Am the Democratic Liberal-Progressive&#39;s Worst Nightmare.
I am an White, Conservative, Tax-Paying, American Veteran, Gun Owning
Biker.
I am a Master leatherworker. I work hard and long hours with my hands
to earn a living.

I believe in God and the freedom of religion, but I don't push it on
others.
I ride Harley Davidson Motorcycles, and drive American-made cars, and I
believe in American products and buy them whenever I can.

I believe the money I make belongs to me and not some liberal
governmental functionary, Democratic or Republican, that wants to share
it with others who don't work!

I'm in touch with my feelings and I like it that way!

I think owning a gun doesn't make you a killer; it makes you a smart
American.

I think being a minority does not make you noble or victimized, and
does not entitle you to anything. Get over it!

I believe that if you are selling me a Big Mac or any other item, you
should do it in English. I believe there should be no other language
option.

I believe everyone has a right to pray to his or her God when and where
they want to.

I don't hate the rich. I don't pity the poor.

I know wrestling is fake and I don't waste my time watching or arguing
about it.

I've never owned a slave, nor was a slave. I haven't burned any witches
or been persecuted by the Turks, and neither have you!

I believe if you don't like the way things are here, go back to where
you came from and change your own country!

This is AMERICA ...We like it the way it is and more so the way it was
...so stop trying to change it to look like Russia or China, or other
socialist country!

If you were born here and don't like it... you are free to move to any
Socialist country that will have you. (And take Barrack Hussein Obama
and his group with you.) Massachusetts started the ball rolling. Keep
it going.

I believe it is time to really clean house, starting with the White
House, the seat of our biggest problems.

I want to know which church is it, exactly, where the Reverend Jesse
Jackson preaches, where he gets his money, and why he is always part of
the problem and not the solution.

Can I get an AMEN on that one?

I also think the cops have the right to pull you over if you're
breaking the law, regardless of what color you are, but not just
because you happen to ride a bike.

And, no, I don't mind having my face shown on my driver's license.

I think if you are too stupid to know how a ballot works, I don't want
you deciding who should be running the most powerful nation in the
world for the next four years.

I dislike those people standing in the intersections trying to sell me
stuff or trying to guilt me into making 'donations' to their cause....
Get a job and do your part to support yourself and your family!

I believe that it doesn't take a village to raise a child, it takes two
parents....

I believe 'illegal' is illegal no matter what the lawyers think!

I believe the American flag should be the only one allowed in AMERICA !

If you are a BAD American too, please forward this to everyone you
know....

I hope this offends all illegal aliens.

I watched as my friends died in Vietnam, Panama & Desert Storm.

My son watched & bled as his friends a have died in Afghanistan and
Iraq .
None of them died for the Mexican Flag. Everyone died for the American
flag.

Texas high school students raised a Mexican flag on a school flag pole,
other students took it down. Guess who was expelled...the students who
took it down.

California high school students were sent home on Cinco de Mayo,
because they wore T-shirts with the American flag printed on them.

We've bent over to appease the America-haters long enough. I'm taking a
stand.

I'm standing up because the hundreds of thousands who died fighting in
wars for this country, and for the American flag.

If you agree, stand up with me. If you disagree, please let me know. I
will gladly remove you from my e-mail list.

And shame on anyone who tries to make this a racist message.

AMERICANS, stop giving away Your RIGHTS !

Let me make this clear! THIS IS MY COUNTRY !

This statement DOES NOT mean I'm against immigration !

YOU ARE WELCOME HERE, IN MY COUNTRY, welcome to come legally:

2. Learn the LANGUAGE, as immigrants have in the past !

6. No Social Security until you have earned it and Paid for it !

If you don't want to forward this for fear of offending someone, then
YOU'RE PART OF THE PROBLEM !

We've gone so far the other way . . . bent over backwards not to offend
anyone.

Only AMERICANS seems to care when American Citizens are being offended
!

If you do not Pass this on, may your fingers cramp !