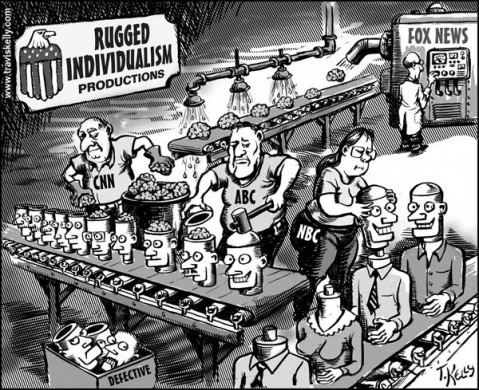 This is a very good example of what I mean by the drivel you send to me: You pick and choose; or, rather, your right wing radical cohorts do....But as always you want to have it both ways.

In general ....you have a liberal mind-set. Yes....you call me names,
are accusatory and fire back diatribes and political screech from your
side of the political aisle as you believe it to be.
But that's what liberals do....that's their mindset. Big government
requires big taxes, and you want BIG government......seemingly to take
care of everyone from cradle to grave. Maybe that's
what you've got now, and, in the limited requirements of your new
homeland, maybe that works for you and them. Fine. But that's not
the American way of life, as we know it, and have known
it for centuries. Your leanings imply that you don't believe in the
individual mindset, capitalism, or letting the market level the playing
field it its own way. Everything I send you consists of things I
know to be not entirely representative of accurate attribution. Some
of the items may indeed be taken slightly out of context. I KNOW THIS.
And you continue to claim that I am the dunce for believing all
of it in the purest, most literal sense. So you scurry to your books
and references and literary translations and then mockingly reveal some
of the faulty sources employed. If someone says something
supporting a conservative viewpoint, and you discover that the source
really didn't say it that specific way, does that make the actual
statement or belief entirely false. No...it does not.

Maybe your way, in place where you are now, works better for you. But
America believes in the individual's right, free enterprise, limited
government, and the ability of its citizens to take charge of their own
lives and get the job done....with a minimal of government
interference, red tape, and federal control. We're not afraid of hard
work, sacrifice, and the work ethic to be successful. Yes...there are
those that need some help from the socialistic concept ...and so we
have SS, Medi-Care, union involvement, ...even the USPS can be
construed as being somewhat socialistic. But these are all operating
within the limited framework of the universal working order.

You want to go far beyond that. You also want universal rights.....the
right to abort a child, and the government to pay for it; the right
for gay marriage ( so that those involved can feel good about
themselves) ; the
right to do what one wants to feel good.......like open borders, free
drugs, prostitution etc etc.............seemingly everything that is
the antithesis of real family values that relate to moral principle and
the veritable fabric of American society - - - and all societies, for
that matter - - - . And , of course, that opens up the door to the
existence of God. And you don't believe in God ...which immediately
explains why you believe in all of the things that you do, and some
that you do not. You say you are not atheistic....that you just don't
know for sure, and are (likely) afraid to make that commitment. If you
are so smart.....as you have often claimed to be.....and I am so
ignorant..... as you have often accused me of being...... then how come
you don't know something that I've known all along .....as well as 96%
of all the people that have ever inhabited this world!
Huh???

Still....I believe your approach to this imperative question has been
an honest one, and that you have sincerely endeavored to reach an
honest conclusion. Trouble is.....you go to books and atheistic
professors and study science and history................little of which
will reveal God to you. You might try looking within rather than
without, although that may require more faith than you are willing to
reveal....and so you're right back to where you began.

Your "persuasion" and ideology may well win the election again this
year, but, if so, that will only prove that the liberals retained their
power for likely all of the wrong reasons....voted in by a very
ignorant or needy or racially-motivated majority . People drinking the
kool-aid leanings of ................"what's in it for me",
..................."what can I get out of this administration"
................"let's put in 'one of our own' " .......or ... "I need
the government's help more than the good of the entire nation". This
mindset amazingly has taken hold of many people. They are weak,
mindless, needy, biased, and unwilling to think or act on behalf of the
general good of all. That, my friend, is what the democratic party
"shaloms" to .....for their dependence, their homage, and ultimately
their votes. And you....support that weakness..........you say it's
for the greater good.....but I say it's because you are unwilling to
admit that freedom of the individual is a more powerful force than
bowing to a controlling government who does it all. You......and
Castro....and most of Europe.......are peas in the same pod. I admire
your tenacity, but I loathe your lack of initiative, and your inability
to believe in your fellow man, and what's made my country....my
country, not yours.......the greatest nation in the world.

...And Colorado is still in front by a wide margin in this month's body
count...Man in Wisconsin takes out only 6 Sikhs for a bad second place
finish...And, yeah, this character "make my day,"  Wade Page, a white
supremacist, was using a "9mm handgun multiple magazine of ammunition
that [he]  purchased legally..." Well, that's comforting...Would have
been really upset if he had broken the law and bought something illegal
or made in China...But, wait, he only killed a couple of those turban
wearing bearded freaks so maybe this massacre doesn't count...Give him
a medal? Why not? He's still a marksman.

..And this from James Carroll (NYTimes, Dark fantasy in action, 8th
August):  "And it is in this context that unbridled access to guns in
America should be considered. What macho fantasy is being indulged by
the casual possession of lethal arms? And what taboo is being weakened
when it becomes ubiquitous?"

Remember your argument that if guns were not available, people would
use knives. I answered that it is very difficult to kill with a
knife...But the better reply is that while guns are hard to come by in
Holland, there are still knives being sold openly and legally in every
kitchen supply store. Kid you not!...And the murder rate is still only
10% of the USofA rate (adjusted fro population). Amazing, isn't?

Never gave that argument. As usual, when liberals can't find a link,
they make one up.

And I do agree with the required registry of certain guns.
And don't sound so pleased. People died in these
encounters.