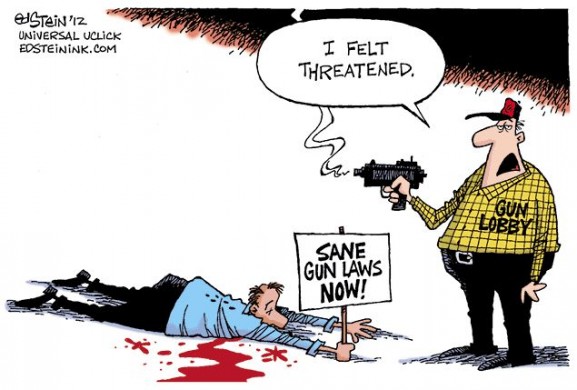 It is total nonsense to say that the "more socialistic a nation it, the less free it is".  How the hell do you know? YOu have never lived outside of the USofA; not to mention, you have probably never visited a social welfare state unless you put Canada into that category. And speaking of Canada, is it less free than the US? If you think so, how do you define "freedom."

And, again, in regard to Cuba, you do  NOT know its history. You cannot make such general comments about such things. What I learned from the study of geopolitics was that every country is DIFFERENT. The people may be the same as to human emotions, etc but they also vary according to several other factors.

And if you believe in FREEDOM, you should read over the Patriot Act that has usurped several of Americas' freedoms. Don't worry about Cuba...Worry about America. Instead of putting the blame on "liberals" look to what your ilk is doing as evidenced in this NYTimes article.

Are you butting heads with The Hague now????

Cuba's religious freedom has been greatly curtailed over the years.   Why do you think the pope just visited.  And, did you listen to his words.

Statistics courtesy of U.S. Dept. of Health and Human Services.

Now think about this:

FACT: NOT EVERYONE HAS A GUN, BUT almost everyone has at least one doctor.

This means you are over 9,000 times more likely to be killed by a doctor as by a gun owner!!!

Please alert your friends to this alarming threat.  We must ban doctors
before this gets completely out of hand!!!!!

Out of concern for the public at large,we withheld the statistics on LAWYERS for fear
the shock would causepeople to panic and seek medical attention!

I won't even check the accuracy of the number of accidental deaths by doctors nor the number by gun owners. Because, with the latter, that is not the important statistic. The one that is paramount is the number of people shot, killed and/or maimed in the course of a year by guns.

Please, spare me this BULLSHIT!

Scroll down to click on to an article from the LA Times. There is a paragraph that sounds like your profile: "Your article on an educated conservative---an oxymoron in my book---losing faith in science was a real eye opener. There are the people who for the most part have no problem with virgin births, rising from the dead, walking on water---but find global warning to a liberal plot. The fact that they mostly watch Fox News is no surprise either."

The following info I tried to e-mail to you, but could not. It was posted several years ago as a reply to "The Way Things Ought to Be and See, 'I told you so,'"  that said "the book was full of statements on the environment that are misleading, distorted and factually incorrect." The experts (their credentials are listed)  review Cry-Baby Rush's assertions. www.odrenvironment.info/rush

...More on Cry-Baby, this I read in a N. Kristof column: "Last year, Rush Limbaugh defended the Lord's Resistant Army because it sounded godly." This is an army organized by Joseph Kony who kidnaps young African boys for his "revolutionary" army and young girls be be their sex slaves. Together, the forces continue to mutilate, rape and murder people in villages in Central Africa. Way to go Cry Baby. A video on this has been very popular: www.kony2012.com

I am now reading a thriller with the Supreme court as the background---good time to do so since the SC is now the center of the news. This was mentioned: Justice Kennedy---noted to be the main swing vote on the court; and true with the present case for National Health, too---said about Roe vs Wade, in 1992, when he voted to up-hold the original ruling, noted: "At the heart of liberty is the right to define one's own concept of existence, of meaning, of the universe, and other mystery of human life." That's what I have been trying  to explain to you. Kennedy only says it better. The point is: You DO NOT have the right---nor any government---to say what a woman can and cannot decide in regard to her own body.

This from an article in the Int Herald Tribune (16th March): "The problem with dealing with states and tribes that function under religious guidance and immorality is that 'After 10 years, many deaths and billions of dollars invested, Americans still fail to grasp the Afghanian's basic values. Faith is paramount and a death can be compensated with blood money.' to Muslims...religion is much higher a concern than civilian or human causalities." This was what I meant that when governments began to make exceptions to cater to religious minorities it opens the door to other demands from those groups. In a court of law it is called "precedent." So when I used as an example that to give way on abortion rights it could lead to a law requiring tithing to one's religions and you replied: "Ridiculous!" No, that's the way American law works. Kid you not.

Another good day for gun lovers...A young guy, at a small Californian College, took out seven people yesterday...Colorado, not to loose its imminence in such things, has passed a law allowing students to carry guns on campus; well, maybe they want to top the record established at Columbine High School.

Guns, guns and more guns...they don't kill people...people kill people. However, take away their guns and how many people would this crazy had been able to kill with his fist, or karate or even a knife. Americans! You are so naïve.