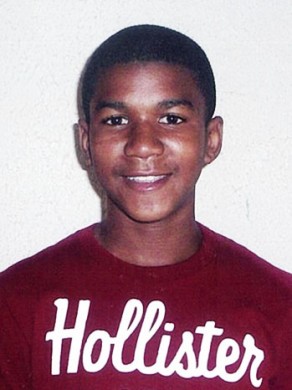 These are quoted headlines from today's NYTimes (10th April). "According to statistics complied by the FBI, 72 police officers were killed, a 25% increase from the previous years and 75% rise from 2008...Mitt Romney, Paul Ryan and the Republican Party want more cuts to job-training programs already stretched beyond capacity...$25.000 to save Fido? Chemo for Kitty, a stent for Spot? room for debate asks: When does pet care go to far?" Let's see...We have continued gun violence (Did you know the vast majority of policeman favor strict gun laws?), more greed and a frivolous attitude concerning pet's health while the Republican fight against universal health care. America!

I like this one from a NYTimes editorial: "Florida's Gun Folly". "The City Council [Tampa] which will sponsor the Republican National Convention is sensibly preparing tight security precautions for the downtown area by temporarily banning clubs, hatchets, switchblades [there legal?], pepper spray, sling shots, chains, shovels [sic] and all manner of guns that shoot water, paint or air. But not handguns that shoot actual bullets...Tampa officials wanted to ban handguns...but came up against the state law, which imposes $100,000 fines on local government that try to do so. This parody of gun control should be repealed, like the Stand Your Ground law." Do you know about the latter? It is deemed legal to shoot someone in self defense. Of course, that person may be unarmed and may only have rubbed up against your car, but if there are no witnesses who is to say what the beef was all about. The guy/broad with the 9mm walks. American! You gotta love it...

How this: "Professors glory in status but not in salary," by D.D. Guttenplan (iht, 2nd April). "Academics who are full professors are paid an average of (US) $9,435 in Canada. Followed by Italy, South Africa, Saudi Arabia, UK, Malaysia, Australia, India and  finally the USofA at $7,358." Hey, CEOs get 25 to 100 million dollars per year for making a waste land of the American economy, but education? Who needs it. To quote lyrics from Pink Floyd's LP, The Wall: "We don't need no education". Oh, Yeah, Rick S. calls Obama a snob because Obama called for every American kid to get four years of college. You gotta love ignorance since America has so much of it!

Amazing facts...And all true. Why don't your right wing conservative cohorts write about all this? What anti-American hypocrites you are.

Obama has some great ideas, but who's going to pay for all those good ideas?   The problem with Obama is not the ideas, but executing them, making all the recipients entitlists supreme.   Certainly not Obama, or his big-assed wife, probably currently chowing down some $10, 000 lunch.

Well, you got it right when you said Obama was blameless. He inherited two wars from Bush, tax cuts that the country couldn't afford and tanked the economy with his Wall Street cronies. And now you, the believer in miracles, Virgin births and resurrection expect an Afro-American to solve Bush's mess in three years. Hey, he ain't Jesus Christ. Call on him. Maybe He's in.

GOOD EXAMPLE OF MY COMMENTS RE:  THE MEDIA.....AND CONFIRMING YOUR OPPOSITION TO FOX NEWS........

In reality.."little Trayvon"...at the time of his death...stood almost 6'2" tall...weighed 175 muscular pounds...had numerous run ins with authorities (both at school and local police)...had been stopped and almost arrested two days before his death for...smacking a bus driver in the face...because the driver refused to let him ride for free...he was released because the driver was told not to press charges by the bus company and to continue on his route.

When "little Trayvon" was suspended at school...it was not only because he tried to bring a little marijuana in with him...he was in possession of wedding rings and other jewelry...watches etc. that he said he "found" along with a large screwdriver...while on the way to school that day...the jewelry was turned over to the Police by the school.

President King Obama...looked at the FIVE year old photo the media chose to show the Nation...and said..."If I had a son...he would look like Trayvon"

So from that comment...should I assume you did not bother to look for the facts in this shooting..or should I assume you want a son who is a 17 year old drug dealing, gold teeth wearingthug whose name on one of his facebook profiles was "wild nigga"...who 'finds" jewelry and burglary tools on the way to school ?

A fair and impartial news media in the USA ? One that does not follow the liberal agenda? Is NOT looking to further divide this already fractured Nation? Excuse me...I need to vomit.

The slogan the news media in the USA should adopt is... "The truth...as WE see it !"

I didn't compose this. I'm only passing it on.
Left is a current 2012 photo of George Zimmerman.
Right is what the TV is showing.
Left was the current 17 Year old Trayvon Martin.
Right is what TV news is showing; taken when he was 12 years old

Never trust the news media for anything.

IN GOD WE TRUST!