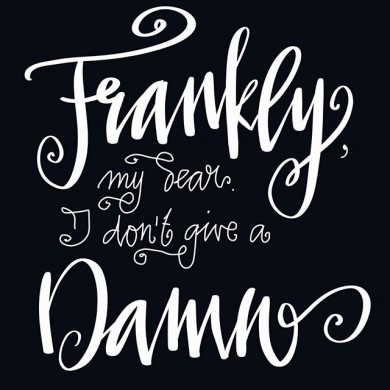 "Here were the remnants of all that Jack aspired to, the things which he had once imagined would complete him --- the rich Persian rugs, the elaborate stereo system, the hundreds of recorded operas and symphonies, the shelves of expensive wines, the photography of his trim white sailboat. Yet none of it had satisfied. For Jack had never mastered the simplest and most precious act ---- to occupy a space, a moment, and feel the rest." "Dark Lady", by Richard North Patterson, p. 358, Arrow Books, London, 2000.

I jotted this short passage down a month ago. Little did I realize, at the time, that it would --- only a few weeks afterwards --- trigger a personal reflection, of the role, of possessions, on my own personal life.

Possessions often are meant, to the possessor, to define themselves; and more often than not, to define themselves not so much to others but indeed to themselves. Sometimes, it is a false definition: Not this is what I am, but who I want to be,. There is a scene, in the F. Scott Fitzgerald masterpiece, "The Great Gatsby" when a guest, at one of Gatsby's many parties, is examining his host's library of leather bound books. He selects titles at random and tries to leaf through them. The novel was written in the early 1920s. At that time, you could not just turn the page of a book because several pages would be doubled over and it was necessary to cut them with a letter opener like implement. Gatsby's guest was flabbergasted that there were no severed pages; that the library was virtually unread.

Several years ago, I had a guest for dinner who is an art historian. She looked at my library of books (I never counted how many I had) and said, "Did you buy them by the meter?" I was rather hurt, but replied that each title was picked with tender loving care. "In fact", I said, "You see what I have. What you don't see are the books that I didn't buy because when I came upon a certain desirable title, I just didn't have the money!" This is true of any collector. While you remember the circumstances around nearly every purchase, you also recall the pieces that got away for whatever the reason.

So, possessions can have a real meaning to a life or no meaning at all.

Possessions can be measured in euros, dollars and pounds like cars, homes and even art. Or they are measured in the personal relationship to the holder like photographs, letters, newspaper clippings, certificates of merit from grade school through a career; having virtually, no monetary value. One of the many sad stories of the tragedy of Hurricane Katrina --- responsible for flooding New Orleans --- was Fats Domino's loss of nearly all of the memorabilia of his professional musical career. "I Found My Thrill on Blueberry Hill" turned into "I Lost My History to the Waters of the Gulf."

How does one deal with such a traumatic loss of identity? First, there is shock. Then, denial. And after that, what? Someone, that I related my own personal experience to, told me the story of a man he knew, a collector, who lost it all in a fire. One resulting emotion was: "I am free." A burden had been removed. The need to maintain and to protect that which was covetted and the obligation to do so ---for whatever reason --- has turned to ashes. And, yes, I too have had that flash of euphoria of a strange and new found freedom. But with it comes the other flashes of the other elements of the loss. And those are many, often complex and sometimes spiritual.

I am an artist and a writer. Gone are my first drawings; some dating to when I was 11 years old; and a poem I penned at 14. Gone is the manuscript of one completed novel and five others I have been working on; three of which I have been making notes and working on for 30 years. And since I was an only child, there are no brothers or sisters who can replace the photographs of my parents or me as a child. One of my favorites, in the latter category, showed my mother standing in profile only weeks before I was born and smiling gloriously at her very oversized tummy. Gone. Gone. Gone.

Now the legal process will begin. The result of that proceeding could make me financially, relatively, well off ... but still a person who has lost their history and, in a sense, their identity and especially their legacy to not only their children but, possibly, to the world of art.

Every time I peddle past the Van Gogh Museum, I shake my head in wonderment and think to myself: Vincent could never had imagined it! Every artist justifies their sacrifices, whether it be monetary or in their relationships with others, as acceptable because 100 years from now their work will hang in a museum and influence people in ways that can neither be imagined nor anticipated. That is the nature and true meaning of art. What will be important tomorrow; not what is raved about today. Jeff Koons and Damien Hirst may be forgotten, but a certain Daniel R. Gould hailed as a visionary for his time. The artist dreams. The dreams are part of his art. A segment of the technique. An element of the pallet.

Gone, gone, gone is my collected definitions for the meaning of: What is art?

And my quest, to define that three letter word, took me in many directions. It inclued an accumulation of jotted quotations like Peggy Guggenheim's reply to a journalist asking her definition of art. (She replied: "I can't put it into words, but I know it when I see it!") Does that have a monetary value? No, of course not. And perhaps even more important in my quest to an understanding of art was NOT the collection of paintings, drawing, prints, etc..., but the objects and expressions on paper or canvas by someone who had never been to an art academy; and more often than not, probably not even a museum. Some did describe pieces in my collection as kitsch or non-art. But, to me, some of those pieces were "masterpieces" because they somehow defined the creator's soul.

Much like my library. As I said, I have no idea how many books constitued the collection. However, I do know how many I had read: about 1.500 because I had over 95% of every book I had read since the age of 16. In nearly everyone, I had made notations, on the inside cover, of something interesting and the page on which it would be found. Over the years, I had used this information in various ways; for written articles, letters to friends, to ideas for concepts some of which were artistic, some of which were for business reasons and some of which helped me form an understanding of what life is all about. If you were to open, to the inside cover, my edition of Graham Greene's novel, "The End of the Affair", you would have seen a page number and the notation: "love/hate". Should you have turned to the page indicated, you would have seen that Greene had written "You cannot hate someone you have not loved!" I read that when I was, perhaps, 21, or so. It has been a standard to which I have been able to measure some relationships I have had in the years since. Did I experience both extremes? Or, was it only infatuation?

Our possessions can have true meaning, but all to often, for some, there is none. it is only with the loss of such that we can really begin to measure their importance to our identity and if there was really any value to them after all. Forget monetary. Think philosophically. Even Jack's white sailboat may have been a philosophical aberration instead of, say, a status symbol.

The lesson: I read somewhere that the way to happiness is trough tribulation. And how true is it? At this point, I don't know. But I think that in the months to come, I hope, I shall perhaps find meaning in the statement. Then there is the other side of the coin: One does not appreciate happiness unless one has known sorrow; and I feel both pain and sorrow now.

But as Scarlet O'Hara said, in the final scene of "Gone With The Wind"--- after Rhett Butler took his leave by saying, "Frankly, my dear, I don't give a damn!"--- "Well, tomorrow is another day!" I await the sunrise.