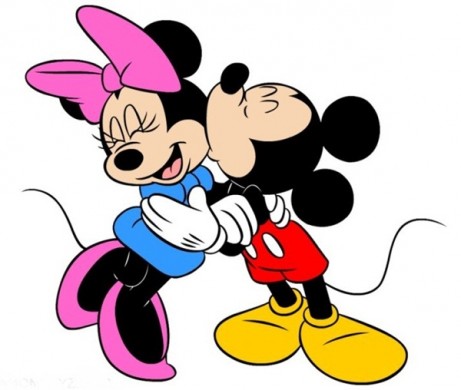 It has occured to me that I have only indirectly discussed, so far in this discourse, the four letter words. No, not f*** nor s***, but love and hate.

I have talked about relationships and how they may relate to our sense of happiness ... or grief, for that matter. But relationships and love are two different elements of human activity and/or emotion. The former term is something that we use to describe a situation that we may find convenient, amusing and/or useful; and the latter one which is often inexplicable and/or foisted upon us, or so it seems, from some unknown far and distant galaxy ... Hey, does that mean it is really all in the stars? Probably not, but then, again, you never know. In the case of choosing a partner, astrology may as good a device as filling out a 100 question questioner. And both may be preferable and more reliable than the axiom: It was love at first sight!

Which is the perfect condition? Ah, come on, it ain't that easy! There is no black and white here: only the infinite shades of gray.

Can you give me your definition for the term, love?

Have you ever tried to put it into words in your own mind? Or are you like most of us who says: I know it when I feel it! If only that was truly true.

There was a person in and out of my life for twenty years or so. She was indeed my "true" love. I saw her as intelligent, talented, physically attractive and with a smile that made her personality oh so special ... and she liked my cooking and love making. Could it get any better?

But the relationship was fragmented. It was on and it was off. The fourth involvement had been platonic, but that hadn't worked either. What followed were walk ons every few years or so. That is, meeting for coffee, birthday cards and, well innocent things like that. But some of the meetings had serious overtures as to subject matter. At one, I felt like the knight, on the white horse, coming to the rescue of the maiden in distress -- though the "maiden" was now married and with children. When my offer of "salvation from oppression" was rejected, I made the comment, "The knight probably never stops to ask himself if the damsel wants to be rescued." Then there was the last meeting, perhaps ten years ago, where the damsel hints that maybe, now, the time has come for her to want to be saved; and the knight replies, hey, my horse provides a more reliable relationship!

I don't mean to be flippant about such a serious matter. But sometimes the reality of a situation is so simple that it has been overlooked from the beginning; and it has become intermingled in a series of scenes from a saga with black comedy overtones. At some point, it occured to me that what I had felt and believed to be love may have been only infatuation.

An important word in understanding many if not most relationships. Unfortunately, it has eleven letters. It really should be one of those four letter words because it often says it all. At one point, I think it was when I rode my metaphorical white charger tot the rescue, two small incidents made me question my love for the woman. Was it really love I had felt and experienced for all the preceding years? Then the word "infatuation" came into my mind. But what was the exact definition? Did it apply to this particular situation? I got out my dictionary and looked up the term: "An extreme feeling of emotion much like love but where the other person's faults and/or shortcomings are overlooked and/or ignored ..." or words to that effect. Indeed the key words were "overlooked" and "ignored". I had done so with this person. I had done so not so much that I had not observed the shortcomings, but more so because I felt the person's "positives" much more outweighed the "negatives". But what do I know? Then there was the pitty-patting palpations of my beat-skipping-heart always getting in the way.

But I was now thinking about the true nature of my relationship with the woman. What my attraction was and why? There was one aspect that was very difficult to overlook. And that was the sexual one. We were perfectly compatible in that department. That was hard to ignore; but more importantly, as I have said, the fourth and last involvement had been platonic ... and had not worked either. However, I am a romantic and romantics always want a relationship to succeed even when they are honest enough to realize that there is really very little chance that it will work if certain things about the other person remains the same or, for that matter, that certain things about their own being, habits and/or personality remains the same. If these conditions remain constant --- in one or with both parties ---then the results will always be the same.

It was at the last coffee meeting, we had, that all this finally became obvious to me.

I got the idea she was saying thing she thought I wanted to hear. But she said nothing overtly. She made illusions and talked around scenarios that could once again put us together into the same romantic idyllic plateau we both said we sought. One of those aspects --- about our previous relationships that had over the years become apparent to me --- was that in the final months, weeks and days, of the dying romance, she would utter, ""I never said that!". And she was right! I had filled in the missing lines. But had she not eluded to it! Isn't that the same thing? Hadn't it achieved the same desired result? Guilty, guilty and guilty ... both of us!

And it is that last point that finally brought me to the point of accepting the fact that it was never love that I had felt but was only infatuation. I know this because of the passage, I quoted from Graham Greene's novel (Happiness # 14) "The End of the Affair", when he says it is not possible to hate someone unless you have loved them. I don't feel hate for this lady and never have felt that extreme emotion towards her even during the worst of times; therefore I now realize that I can't say that I ever truly loved her. But I did! Well, I thought I did. And it is almost the same thing. Isn't it?

Tina Turner may have said it all with the song lyric: What's love got to do with it? Hmmmmm, there's that.

The lesson? To know ourselves, to be honest about what we say we believe in and to understand that that belief is legitimate --- or not --- are key elements required to unlocking the door labeled: Happiness. To be continued, maybe ... I'm still thinking about it ...