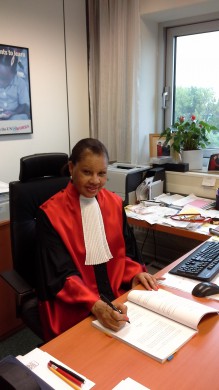 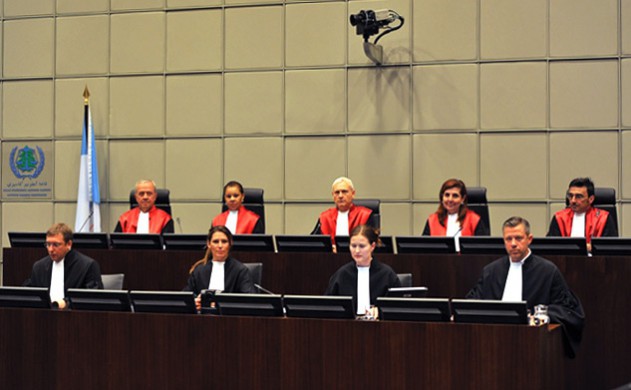 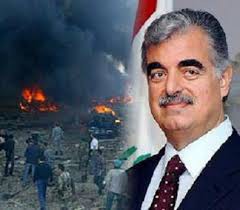 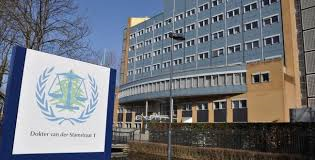 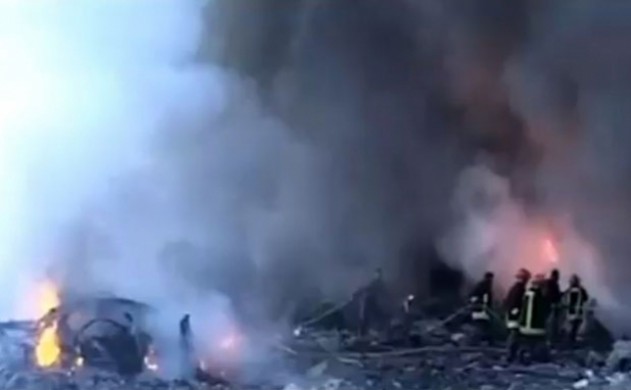 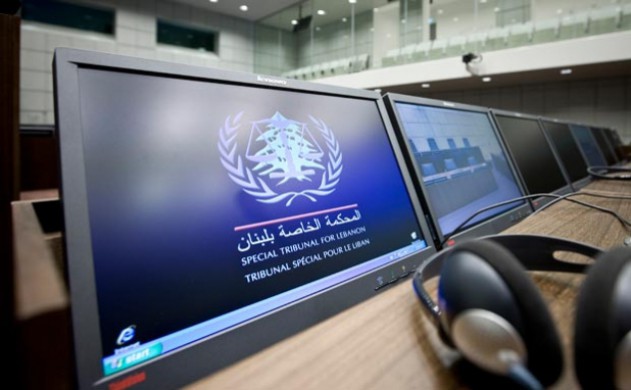 On 14 February 2005, Rafiq Hariri, the former Prime Minister of Lebanon, was killed, along with 21 others, and 226 injured, when explosives equivalent  of around 1.000 kilograms of TNT were detonated as his motorcade drove near the St. George Hotel in Beirut. Among the dead were several of Hariri’s bodyguards and his friend and former Minister of the Economy Bassel Fleihan.

On a nice sunny day in Autumn 2014 I have an appointment with one of the Judges of The UN Special Tribunal for Lebanon, Ms. Janet Nosworthy. Earlier she was Judge at the International Criminal Tribunal for the Former Yugoslavia.

The UN Special Tribunal  is located at the Dokter Van der Stamstraat in Leidschendam- Voorburg in a quiet residential area. It’s a well protected building, six storeys high. There's an airport customs-like check before I can go further into the building.

After mrs. Nosworthy has picked me up from the lobby, we take the elevator to her office. It's nicely furnished, with a seating area for visitors. A tan brown round table and a bureau in the same color. Plants in the windowsill. Cabinets with folders. Photographs and prints line the wall. One of the printings is a cartoon-like depiction of The Hanging Judge. This judge is hanging is his hammock, a little bit drunk. Ironic, of course, given that in court he would normally be the one to give hanging sentences to murder convicts.

There is also a drawing by graphic artist Kentuck titled Settlement Out of Court.  Two lawyers looking on perplexed while their clients fight vigorously on the floor. And next to that photos of Jamaica. Judge Janet Nosworthy comes from this country in the Caribbean. In another report Ms Nosworthy will tell more about it. But now we focus on the Tribunal. When did it start, what does it do and how is progress?

Ayyash and four others

Our primary mandate and jurisdiction is to conduct trial of persons accused of carrying out the alleged bomb attack of 14 February 2005, in Beirut, Lebanon, which resulted in the death of the former Lebanese Prime Minister Rafiq Hariri and 21 other persons and injured 226. Five persons, Ayyash and four others, are currently being tried before the Tribunal.

The Special Tribunal for Lebanon is the first Tribunal of its kind to deal with terrorism as a distinct crime, described in resolution 1757 as a ‘threat to international peace and security’.

Court with a limited and specific mandate

The crimes alleged to have been committed by the Accused include Conspiracy aimed at committing a Terrorist Act, Committing a Terrorist act by means of an explosive Device; Intentional Homicide of Rafiq Hariri and the other Deceased persons with premediation by using explosive materials and Attempted intentional Homicide of the 226 injured and acting as accomplices to such offenses (except the conspiracy).’

There are three Chambers: the Pre-Trial Chamber, the Trial Chamber and the Appeals Chamber. ‘Our Pre-Trial Chamber has a single Judge who is not a member of the Trial Chamber, but a separate judicial entity. This very fact is a novel feature of STL judiciary, quite distinct from other international courts. His responsibilaties include the confirmation/dismissal of indictments against Accused persons; the gathering of evidence either on his own initiative or at the request of one of the parties or victims participating in the proceedings in exceptional circumstances; issuing summonses warrants for arrest and other orders during the pre-trial or interlocutory phase and generally putting the case in a state of trial-readiness in order to make final transfer or jurisdiction to the Trial Chamber together with his mandatory report, witness statements and other Legal documents. He carries out extraordinary work in this important phase of the Tribunal’s work.

The primary function of the Judges who sit in the Trial Chamber is to conduct trial proceedings. They hear and assess evidence presented by the Prosecutor, Defence and the Victims participating in the proceedings as provided for in the Rules, given that the object of the trial process is to determine the guilt or innocence of the Accused in respect of the crimes with which they are charged. Victims have an interest in the outcome of the trial, also to know the truth, in order to pursue their civil claims for compensation.

Where a judgment of guilt results the Trial Chamber Judges determine the appropriate sentence that should be imposed, according to provisions and applicable law on sentencing.

Other important functions include deciding whether or not an accused may be tried in absentia; hearing of specific preliminary motions challenging jurisdiction, defects in the form of an indictment or which seek severance of counts joined in an indictment of more than one alleged crime in a single indictment and for joinder of two or more Accused persons charged with the same or where appropriate different crimes.

Decisions and Judgments of both the Pre-Trial Judge od Trial Chamber may be appealed, subject to rules governing the appeal process. The matter then comes within the jurisdiction of the Appeals Chamber Judges. After receiving submissions from the parties (Appelant and Respondent)  they will rule on whether or not there are errors of law which invalidate the judgment or any error of fact occasioning a miscarriage of justice. They have power to affirm, reverse or revise the judgment and or sentence. They may also order that the convicted person be re-tried by a Trial Chamber.

How is the progress? ‘I believe that it is accurate to state that progress at the Special Tribunal has been steady, if not prolific. While time is always material, it is subordinate to the absolute requirements of justice, as our Statute and Rules as well as human rights standards provide for a fair and expeditious trial.

‘Since our inception, on 1 March 2009, we have issued a myriad orders, literally hundreds, decisions, and rulings from the Pre-Trial Judge, The Trial Chamber and Appeals Chamber combined, many of which have been historic, for the Tribunal itself, and in terms of their potential impact on the development of international criminal law and Lebanese domestic law.

For example the Trial Chamber issued decisions ordering trial in absentia of the four Accused in the Ayyash Case, and later when a 5th Accused was indicted and eventually joined. I highlight that this in absentia process, in itself, is extraordinary, given that we are the first court since Nuremburg in the sphere of International Criminal Law whose instruments provide for trials in the absence of Accused persons, under stipulated conditions.

Very importantly, the Trial Chamber commenced trial in January 2014. In february this year, we joined the 5th Accused and fairness dictated that we adjourn in order to permit his Defence to be properly prepared for the hearing (the Trial). We resumed hearing in June and have been proceeding steadily, always mindful of the responsabilities and the interests of Justice including the guaranteed rights of Accused persons.’