Home » Article » Judge Janet Nosworthy about Jamaica and The Netherlands 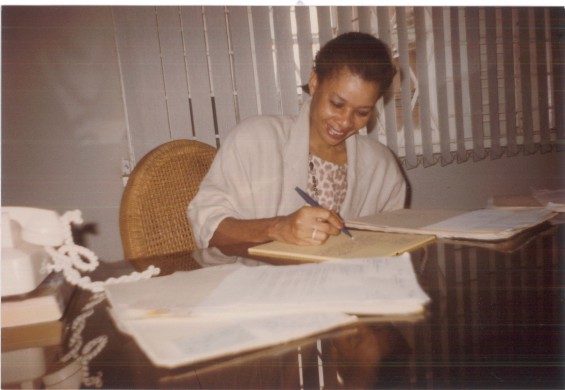 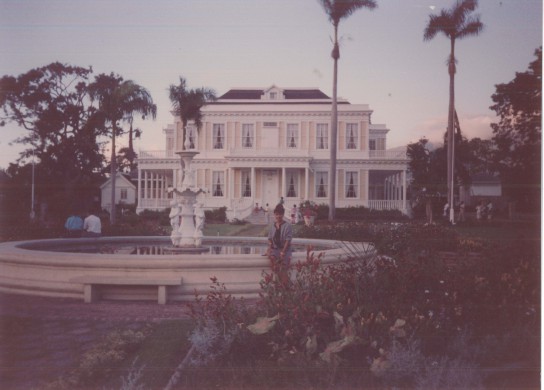 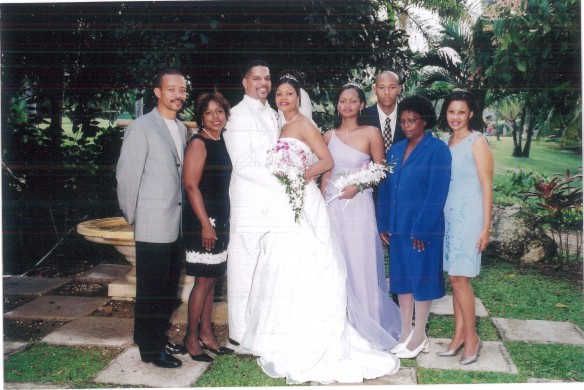 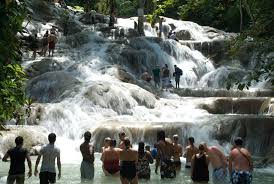 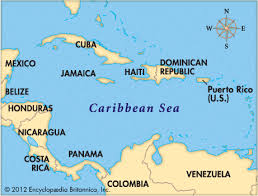 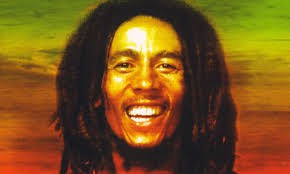 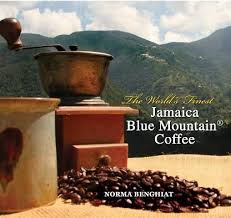 Janet Nosworthy arrived in the Netherlands on a grey November afternoon in 2005. ‘Icy winds blew and it was already dark at 4.30 in the afternoon. It was a frosty welcome.

At that point I missed the warmth, the tropical colours, the sea, albeit in the distance. At work at the International Criminal Tribunal for the Former Yugoslavia I was learning to find my way and settle in.   Before I could blink I was sworn in, and engaged in sittings on my first trial matter with a Judge from South Africa  presiding and an Austrian. Almost immediately I felt part of the ICTY family.’

‘Feeling the effect of the cold and sometimes snow, I wrapped myself in layers of clothing, scarf, woolen cap pulled down over the eyes, two pairs of gloves. My Dutch colleague,  Judge Orie,  laughed when he saw me. I had the appearance of a thoroughbred bag lady. You can go on laughing I tought. Precaution is better than cure. I am no friend of influenza.

When Spring came I saw him in the corridors. I can’t believe it’s the same place I offered. It’s so green, theflowers are out. It’s beautiful. In response that very weekend he guided me and my Austrian colleague on a tour of old Dutch windmills and dykes, ending with a visit to the bulb fields and in the proccess an education about the bulb industry and how the tulip was transported to Holland from the Orient.

By this time I had bought my car, further insulation from the cold you see, and was able to travel around sightseeing and visiting a Nosworthy cousin  who lives in a small wick near Nijmegen and a cousin in Friesland. I was also enjoying the fact that I could see my daughter who lives and works in London quite frequently.’

‘That summer I had an emotional and unforgettable moment on Frederik Hendriklaan when a young Dutch boy (7 or 8) offered me his Lucky Stone that he had found on the beach. When I tried to give it back to him his father insisted that he wanted to make a gift of it to me. I can’t fathom why he chose me but it warmed my heart. I was totally smitten.

Again when walking in my neighbourhood, Statenkwartier, people very often greeted me or interacted without my initiation. They more than likely had a warm smile and a good morning. It was something I hadn’t prepared for.

More and more I was discovering the beauty and charm of the Netherlands. Let me tell you now about Jamaica.’

‘We are a tiny dot on the World map, a mere 4.243 square miles or roughly 11.000 square kilometres – just 90 miles from Cuba and 119 miles from Hispaniola, the island shared by Haiti and the Domenican Republic. It’s roughly an hour away from Miami, Florida. A former British colony, independent since 1962 and part of the Americas, the Caribbean to be precise.

The island was formerly a Spanish possession (named as Santiago)  but in 1655 after the British took possession from the Spanish, they adopted the name Jamaica, after its Taino name Xajmaca, given by the original native inhabitants, the Arawaks, also called Tainos.

We are a largely Christian country. Our official language is English, though most people speak or understand a form of creole known as Jamaican patois. We are a multi-racial society with the national motto: Out of Many People. Although the majority of Jamaicans by far is those who are the descendants of slaves brought to the island from Africa and the British planters who operated the sugar and cotton plantations.

We have also Jamaicans of Indian, Chinese, Jewish & Lebanese descent and in the case of two small settlements in the South-West of the island, of German descent. They are as Jamaican as the rest of us and have been in the island for centuries or certainly since during the the early part of the last century. There are also a few who claim to be of Taino descent.

‘We are propably best remembered by the 3 ‘B’s’, Bob Marley, Bolt (Usain) & Blue Mountain Coffee. Jerked chicken too. We are home to reggae and dancehall genres of music. Typically, we strongly believe that there is nothing that we cannot achieve if we put our minds to it. Consider that it is a tropical island, with year round sunshine, and most Jamaicans have never seen or experienced snow but we had the audacity to form a bobsled team and compete in Winter Olympics as depicted in the film Cool Runnings.

Athletics and track in particular is our lifeblood, we have a strong tradition of track and field, with an institutionalized athletics programme in schools from a very early age, primary going up to the tertiary level. The same could be said of cricket, lovely cricket.’

A land of wood

‘Our main industry is tourism and our resort areas, chiefly Montego Bay and Ocho Rios, on the North coast and Negril on the West Coast are our most popular tourist destinations. True, Jamaica is beautiful. It’s very mountainous and rugged with mountain ranges of 6000 feet above sea level. If you want caves and waterfalls, we have them, including the Dunn’s River Fall which our visitors love and rafting lazily on the Rio Grande River. There are hidden gems tucked away in unexpected places. All in all we want people to visit us and enjoy our island but we want them to understand that we are more than white sand beaches, beautiful sunsets and windsailing above the deep blue of the Caribbean Sea. More than reggae, rum and relaxation!

When people hear I am from Jamaica, I many time get these questions: Do you smoke ganja? Answer No Never. Do you drink rum? No. Are Jamaicans making love all the time? Answer No. Jamaica is a Third World country with First World aspirations. We also work very hard and long hours, beyond the tourism industry. We face our challenges as a small Third World country head on. We are proud of the strides we are making in nationhood since independence.

We export aluminum made from bauxite, excavated from the earth . There is agriculture, bananas, some sugar. We have a developing manufacturing industry which is becoming increasingly export oriented. At one time we exported and supplied mahogany furniture to the United Kingdom. We have a whole variety of beautiful wood: mahogany cedar, Spanish elm, blue mahoe, guango (Saman), pitch pine, lignum vitae (tree of life) and many more hardwood and exotic wood from our rainforest.

We produce coffee, including the high grade gourmet Blue Mountain Coffee which is grown and cultivated at high altitude in the Blue Mountains Range which lies in the eastern part of the island which is a brand name on the international market.

The country is led by a female Prime Minister, Portia Simpson-Miller. ‘We have a country with the most women in influential positions in the world according to world rankings which may surorise many people. There is currently a female Chief Justice and a female Chief Prosecutor.  Not so long ago the Attorney General was female. The Chief Medical Officer is female. And the list goes on. There are many women in Parliament, although we would like to see more serving as Government Ministers. Our current Minister of Youth & Culture, is Lisa Hanna. Her father was of Lebanese-Jamaican heritage.  In 1993 she was crowned Miss World. Jamaica has had more Miss Worlds. Three till this moment, every 15 years or so there is a Jamaican Miss World.'

Janet Nosworthy comes from the western end of the island near Montego Bay and Negril. ‘My mother was a lawyer herself, Registrar of the Supreme Court of Jamaica, in the Registry of the Court of Appeal and at one stage Parliamentary Ombudsman. She was previously a career civil servant. My father was a businessman in the earlier stages of his life and later a builder engaged in the construction industry.’

Janet Nosworthy had her education in the UK. She was trained at the Inns of Court Law School in London and has been called to the Bar of Gray’s Inn, London.  She qualified as barrister in 1972. Having qualified she returned to Jamaica and joined the Resident Magistrate Court as a Prosecutor. She also lectured in Law, Legal subjects,  at the University of Technology in Kingston, the capital of Jamaica. For five years she was a  prosecutor in the Supreme Court and Court of Appeal.  The greater part of her life she worked as the Defence Counsel, with specialization as a Supreme Court (including the Gun Court) and Appelate Advocate, representing persons charged with felonies and other serious crimes. She also practised Family Law & in the area of Law relating to Women and Children championing their rights and in some instances for amendment of the law.

She appeared in trials and also represented convicted persons on appeal. ‘I appeared in hundreds of trials and appeals. There were also constitutional motions challenging the death penalty and preparing appeals for the Privy Council in the UK. Jamaica still sends appeals to a Privy Council in the UK; it’s still a final appellate body for many British Commonwealth countries.

There is a Caribbean Court of Justice to which Jamaica contributes.  14 Caribbean countries participate, including Surinam  make up the CARIBBEAN COMMUNITY (CARICOM). Guyana, Barbados and Belize send their final appeals to this body. Jamaica does not presently, because we have not yet made the necessary changes to the Jamaican Constitution which would permit us to do so.  Trade disputes between CARICOM states however are heard by this Court under its original jurisdiction.'

The Hague is just right

‘At the stage at which I am, The Hague, as a home away from home, is just right. Sometimes I do miss my family, mother, sons and my beautiful little grand-daughter and my lifestyle in Jamaica. However in The Hague there is enough to enjoy culturally, historically, enough good restaurants, art galleries, le shopping nearby on ‘the Fred’ or the ‘Centrum’, or when I want Brussels or Düsseldorf. The beach in Scheveningen is a short walk away. Kijkduin, Wassenaar or Noordwijk are accessible by car. True, it’s not bustling or busy, there’s no crazy nightlife like New York. The city does sleep. But I like that. It more reflects the speed and stage at which I am in my life presently.

I generally feel safe and secure in my community, Statenkwartier, and if I have to take public transportation it’s swift, clean, reliable and affordable. Janet Nosworthy has a small point of criticism. ‘I would like to change the Dutch customer service. At worst it’s indifferent, bordering on curt, hostile and impolite. Sometimes I am taken aback but try not to take it personally. In fairness at best customer service is very good, sometimes excellent.

Alright, so I’m constantly trying to bring back cans of sunshine from Jamaica. Other than that what’s not to like!’