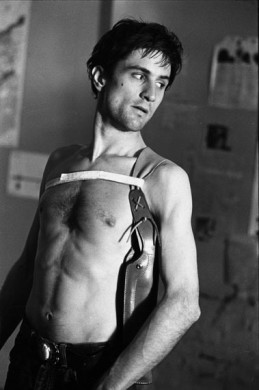 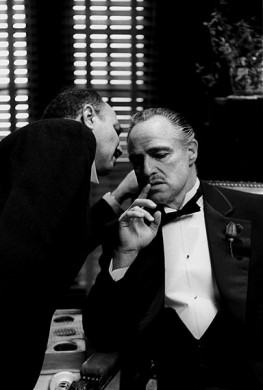 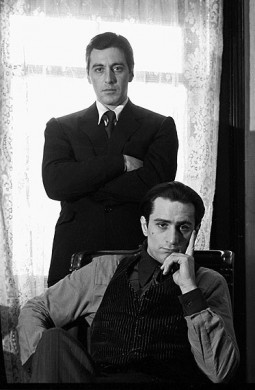 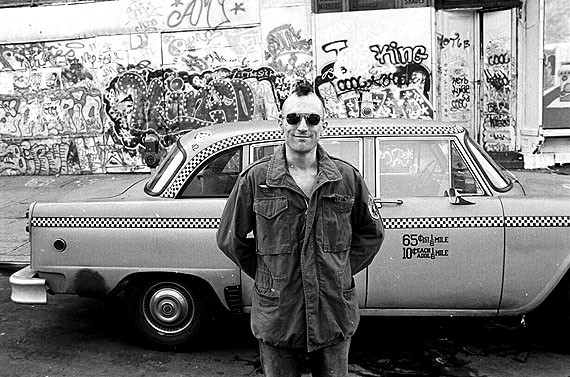 Steve Schapiro | YOU TALKIN’ TO ME ?

In 1971, Francis Ford Coppola started work on « The Godfather », one of the most acclaimed films ever made. Steve Schapiro, then a 37-year old established photojournalist was hired by Paramount as the special photographer for the film. This title gave Schapiro unprecedented access to one of the most stellar casts ever assembled, photographing whichever film scenes he chose, capturing the memorable moments often cited when referencing this film, including "the whisper", and Marlon Brando with the cat.

Four years later, at the request of Robert DeNiro, Schapiro landed the job as the special photographer on the set of Taxi Driver, one of Martin Scorsese’s most seminal films, which is currently celebrating its 35 year anniversary release with a book published by TASCHEN. Through Schapiro’s lens, we see DeNiro as Travis Bickle, practicing his firing stance in front of a mirror and Jodie Foster as Iris, standing in the hotel doorway.

Steve Schapiro is an acclaimed photographer whose photo essays included the presidential campaign of Robert Kennedy and the plight of migrant workers in Arkansas. An activist as well as a documentarian, Schapiro has covered many stories related to the Civil Rights movement including the March on Washington, the Selma to Montgomery March, and the aftermath of Martin Luther King Jr.’s assassination, producing some of the most iconic images of that era.

Steve Schapiro’s photographs have been widely published in magazines such as Life, Look, Time, Newsweek, Sports Illustrated, Rolling Stone, People and Paris Match. He has shown his work in museums and galleries worldwide, and can be found in the collections of The Smithsonian Museum (Washington, D.C.), The High Museum of Art (Atlanta, GA) and the National Portrait Gallery (Washington, D.C.). Along with The Godfather and Taxi Driver, both published by TASCHEN, Schapiro’s work can be found in American Edge (Arena Editions, 2000) and Schapiro’s Heroes (Powerhouse Books, 2007).

The photographer is also working with TASCHEN on a book of his images from the set of Chinatown.