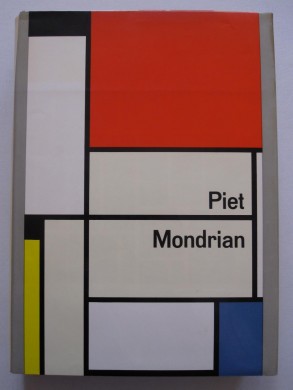 
You will probably read this first  but it is the second e-mail, to you, today. I will touch on more personal items.

I would be interested in reading the book you are now writing. In fact, perhaps you would want me to read it to make "story" suggestions.

Another thing we seem to have in common---aside from film lore---is having put off writing about a pivotal segment in our life story.

I wrote my first book back in 1973. I refer to it as "an exercise in oral diarrhea" though a more apt analogy would probably be "an exercise of typographical diarrhea." Anyway, three publishers rejected it (one rejection was by form letter and the other two personal. I was pleased with that). But, I digress... At the time, a friend, from my university years, asked me if it was about my "crazy marriage?" I said, "No. I need time to think about it!"

Since then I began three other books (all stillborn) but recently wrote of series of essays on What Is Happiness for a website (there is both an English version and Dutch one). A year ago, I wrote a 70,000 word parody on the pulp fiction detective novel, Where Have You Gone...Piet Mondrian? I have a literary agent looking for the publisher.

Anyway, my grandson recently asked me "How did you meet Grandma." I replied that there was not a simple answer. To properly describe the "meeting" would require putting it all into context. Well, the lady now has been dead for a little over six years so he would have been 13 and his sister about 10 when she passed. So I began to think on how to answer him. Strangely enough, to properly tell the story I must tell the story as to how her parents met. The hard part will be the honesty. should I be blunt or write it as a humorous anecdote to my life thats results affected everything that came after the relationship's demise in 1967. Three years together. That was it. That was enough!

Actually, your marriage failure was helpful for me. My mother was very fond of you and that took some of the sting from my marriage failure in that if yours had also failed, well, it happens in the best of families was her conclusion. She had told me the story of meeting your future wife on what she thought was the same night you met her at Gary Cuenick's wedding reception. She also had the "facts" of how you had "taken it on the lam," with son in hand, an relocated in LA. Don't remember her sources.

The main reason I am writing this separately, from the other letter, is that I would like to order two copies of your B-Movie opus. One for myself and one for Bryse and for his birthday. The latter event is at the end of May so it's not urgent. Send me the cost of air mailing it (book rate) to both Amsterdam and Chicago plus the total price for the paperback edition. I will transfer the money to your bank account so include the name of the bank and the number (I think that there is an "international" address for your bank so check with them to include).

Hey, it's nice to be talking to you again...

3D...Have you seen my www.gould3dlist.blogspot.com site as of yet? If you click on to Nov. 2010 and then List #12 you can read about my "language problem."