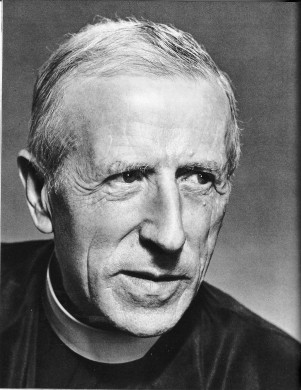 Your reluctance to accept, let alone embrace, my stumbling efforts to promulgate a
message are exactly why I didn't want this assignment. I still don't understand why I'm
the one to do this.

The ultimate message-and the reason SU should be interested- is that we have been on course
and are finally approaching achievement to utilize  the god-like powers so munificently bestowed on us  by God and to actually become god-like and begin taking control of our sector of the universe.

Teilhard de Chardin, In his book ‘The Phenomenon of Man’ describes the course of our ascent to this
state  more beautifully and poetically than I would even attempt and calls the process "complexification."

Obviously, this message will be condemned as heresy. My replies to various organized religions and
repudiation of their authority after their condemnations will lead to my decline in popularity to "the most hated man in the world."

Another key component of my message is that God is sending messages continuously and we aren't
listening or paying attention. The puzzling events you described  have the ring of authentic messages
from God. You are in better position to interpret them than I.

Gelooft u in Gandalf de Grijze? Is Lord of the Rings een nieuwe religie?