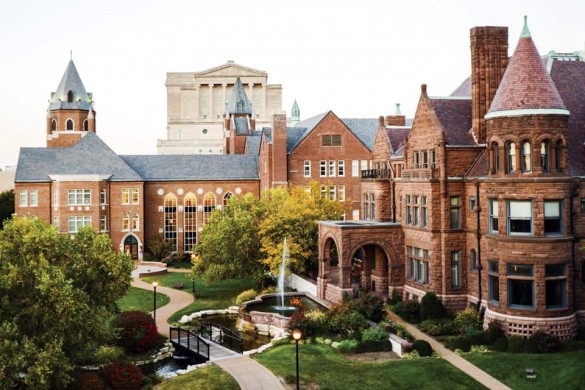 Sounds like your Catholic upbringing has resulted in a slippery slope slide, old man, At least on the abortion issue   !!!

My mother raised---as well as brainwashed---me to be a conservative Republican. But after my Jesuit education---they live the perfect communal life: read communistic---my mother and I had several "discussions" concerning social issues. She concluded one such dialog with this statement: "Dammit, Danny, sometimes I think your a communist."  I answered, "I'm not a communist, but a socialist!""  Her reply, "Same Goddamn thing!" Well, there's that. Nor do I make any apologizes.

As to my position on women's rights, well, again, I entered a Jesuit university as a true believer; what else could be expected of someone who had been indoctrinated by the Dominican sisters for 12 years. But at graduation, from university, I was an agnostic and the Jesuits seemed satisfied. I have no knowledge of the curriculum requirements at UofD, but at Saint Louis University we were required a course in logic followed by four upper division courses in philosophy (+ two in theology). As you may know, at the time, a man studying to be a Jesuit was required a PhD in philosophy as well as theology and his chosen field. SLU was the Jesuit university that they attended for their Philosophy PhD requirement. I had the creme-la-creme of philosophy professor to select from. I even took Philosophy of Being (Metaphysics) twice. The first time a Dr Blackwell failed me. He had a PhD in organic chemistry, as well,  and often used an equation to describe a metaphysical point. Boy, was I over my head. I then signed up with a Dr. Reagan, he had only ten percent of his vision. At the beginning of the final exam, he said that if any of us would like to know our final grade, before the report came from the school's central office, we could call him and make an appointment to come to his house. I later realized that this was probably more than a courtesy to us; that his wife probably read our papers to him and as a result she had a mental picture of each student and wanted to meet us. Anyway, I showed up at his home and he said, ""Mr. Gould, I understand that you are repeating this course. I must tell you that you have once again failed it. However, I don't think it is neither because you are dumb nor because you have not applied yourself, but that you have a problem with Thomistic metaphysics. Because of this analysis I am giving you a passing grade so that you may go on." Hey, I didn't know if he was right or not, but that passing grade kept me in school. Ironically, he was correct because in the philosophy courses that followed I did not only well but often stood out in the class. Go figure.

As to women, and to tell them "to stop screwing around," well this is an area that I have had much experience. My first sexual experience was with the woman I would marry. When the marriage broke up it was the Summer of Love (1967). I went a- courting and never looked back. By the time I got to Holland (1972) I had stopped counting the number of conquest; it didn't make any sense. In most countries of Europe---even those that are over 90% Catholic---there is a much different approach to sex. It is considered to be a normal physical reaction (I am sure you have read that certain hormones excrete that actually attract men to women and women to men. It is biological). Because of this, people make "mistakes."  In Europe, women are more prepared because of their sex education; not to mention the Catholic Church has a tendency to turn a blind eye to what's going on in the backseat of cars. In Holland, when you get in bed with a woman who isn't on the pill, she hands you a condom "for my woman' problem;"  she also makes an unobtrusive physical examination of you looking for any signs of a social disease. As a result, a lower abortion rate. And I should point out what Thomas Aquinas had to say on the subject: The soul does not enter the fetus until after the third month of conception. Of course, you can argue that point as much as you can argue that it happens at conception of whether there is a soul or not. The point is: No one knows. Therefore, let us leave it up to the woman whose body has been "violated"  by an unwanted event. If there is a God that will punish her, for this decision, let Him do so and not the Pro-life movement. Frankly, it just isn't any of their business.

I have used the terms "God" and "soul" in this missive. I do have views on both. I seem to recall that I sent you a copy of a letter between a friend who has told me that God has appeared to him. There have been over 20 e-mails back and forth. Should you like to read the dialog I shall send you copies.

I SEE YOU'VE DRANK THE PHILOSOPHICAL KOOL AID, AND I WON'T EVEN BEGIN TO OPPOSE THAT IN YOU.

AS TO YOUR CURRENTLY BEING AN AGNOSTIC, AT YOUR AGE, AND IN LIGHT OF THE IMPORTANCE OF THE ENTIRE MATTER, DON'T YOU THINK IT'S TIME YOU FOUND OUT?