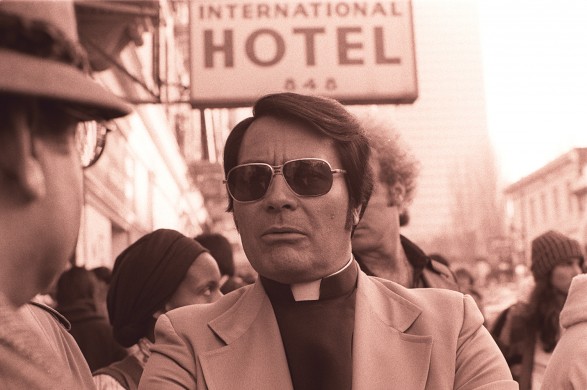 OK.....So far this Bob appears to be a close mesh of hyperbole and inflated self-importance.

WELL....I was sending a response to the discourse reviewed so far when the computer went down, so I'm not sure you rec'd it.

In essence, I said that I was surprised that you became so easily swayed by those nihilist professors whose distorted influence you seemingly came under.   You are obviously an intelligent man.  But I would stay away from all Jim Jones types, if I were you!    And ...I wonder where Christ comes in among all of this theological poppycock?   You remember Him....from your days at St. Ambrose, no?

I also enjoy the often overbearing vocabulary you use...words like "proselytize" and "fortuitist"  (don't you mean "fortuitous" ?), as well as the use of  highfalutin metaphors like ..."the fog of high toned mumbo jumbo" .....which, BTW, adequately describes what you would describe as the discourse perused to date - - - and what I would say as :  what I've read so far.

Well, this exercise, in forwarding the "On God" dialog, became a pain in the arse...As the British are wont to say.

As I have said, I am both a PC and an Internet illiterate; add to this the fact that I do everything at a library. The library has limitations on the use of both; I can't "cut & paste," is one example. As to programs, they change from library to library.

I had to cull the various e-mails from my "sent" file. That should have been an easy task, however some of the "dialogs" consisted of two or three drafts and I had to sift through everything. Also, I decided it would be easier for you to receive the series in numerical order which meant that it was necessary to start at the last "dialog" and work forward. That is were the difficult came in. As a result, there may be one of two repeated "dialogs." So sorry.

You responded, Sunday, to my "short story" (that took longer to read than War and Peace) in a way that I got the idea I did not make clear its significance. It was, I felt, a good way to introduce "Bob." I thought it necessary to do so because when someone asserts they are talking to God one's first impression is to run in the other direction. Bob is a romantic. As I mention in the story, his plan to exit the dormitory was outlined by what he had seen in the movies. He joined the Navy after graduating from university and got into the pilot training program. During training, he injured his knee and was honorably discharged. He wasn't upset because the camaraderie he had expected----from all those WW II movies---didn't exist. But, as I have said, he is very bright so I do take him seriously.

I have just started a very good book that you could find interesting: "The Given Day", by Dennis Lehane. It opens with a pick-up baseball game between a team of black players and white players. A train has made an emergency stop somewhere in Ohio. It is carrying the Cubs and Red Sox (it takes place in 1918 when the two teams played each other in the World Series). The white team is lead by Babe Ruth. Great writing. But it is principally about the labor movement; both the Boston policemen strike and baseball strike are detailed. I seem to recall that your father was a fireman for Grosse Pointe Park. The police and firemen, at that time, was paid but a pittance hence your parents and family lived in the small house, at the back of your grandparents house, on Maryland. If you think your father had it bad, wait till you read what it was like only 30 years before his time.