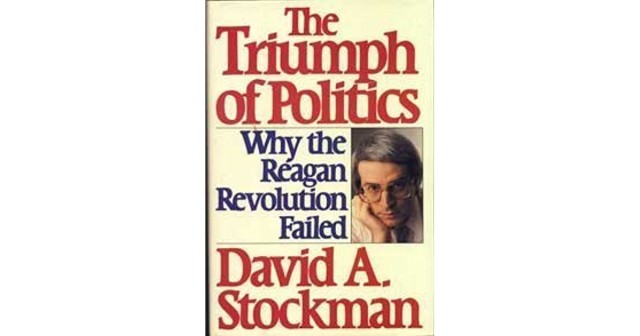 I firmly believe you are sincere.

Still, anyone who cannot believe at least in the general concept of a Supreme Being,  forget specifically Christ or Allah or Jehova, or Odin etc........well....I have my doubts as to their reliability on any postulations of life.

Also....I label things as a means only to simplify. You support abortion, gay marriage, probably open drugs etc.  I'm not sure where you are on open borders or big government or wide open entitlement government.  So ....with what I do know, you are of a liberal bent.  Again, if you do not have a respect for life, how can I trust you on any other moral issues????

I seem to keep repeating myself...Are you a speed reader? I feel that you miss many of my points.

I DO believe in the "general concept" of a Supreme Being, BUT I am still trying to form a definition as to what a Supreme Being is. You insist that it is a spiritual one. I'm not so sure; and, yes, I do lean towards the scientific. But, again, that's why I am an agnostic: I just don't know.

You ask "Ïf you do not have respect for life, how can I trust you on any other moral issue?" I discussed in the previous e-mail when I discussed capital punishment. Obviously I have a great deal of "respect for life" since I am against the practice. I also support universal health care. To me, those who don't, have little respect for human life. I support quality---and, yes, free---education from pre-school to medical school. My respect for life is such that I believe that anyone born should have the same chances of achieving what they are capable of whether their parents have money or not. Fidel Castro is one of my heroes. Under Batista, 10% of the Cuban people where literate; under Fidel, it is 90%; and Cuba exports doctors and nurses to the undeveloped world; it offers FREE education, FREE housing; and a great sport program to ALL the people. But I have pointed this out before...So for you to say I have "little respect for life" is not correct. And when you talk about "moral issues" I should point out to you that moral issues are inventions of man. Please read the history of the development of issues concerning morality. They are different from century to century. We learn more about society and science and that education has an effect on our understanding of current "moral issues." What is "true" today wasn't always true yesterday nor will it necessarily be true tomorrow. Not my fault.

Labeling things "as a means only to simplify" is exactly my argument against labeling. A good example of the simple not being so simple comes from computer translating. Already in the late 60s, computer technologists were trying to create programs that would translate from one language to another. Today we are very close to having nearly reliable translations. But the perfect example of the difficult is the following three word sentence: I can fish. What does that mean? Well, there are two meanings. I can take a fishing pole and bait the hook and throw it into the water: I can fish. But, also, I work in a fish factory and my job is putting the sardines into the can: I can fish. Nothings simple.

You say "forget specifically Christ or Allah or Jehovah, or Odin..." thank you, I have...But then you go onto to use the "L" word once again, "You are of a liberal bent." I am not sure how my support of Pro Choice (notice that I don't say I support abortion; but it is unfortunately, in many cases, the lesser of two evils); gay marriage and, yes, I do support legalizing drugs---it works very well in Holland (we can buy marijuana legally in "coffee shops" and the rate of heroin addiction is a fraction of what it is in the states, not to mention the crime rate is too. Believe me, the cost of the 2,200,000 people incarcerated in US jails and prisons----over 50% there because of drugs---is far greater in real cost and social cost then if drugs were legal. Did you know that grass, heroin and coke were legal in the states until the 30s? Look what the probition of alcohol did to the society by fostering the rise of the Mafia).

"I'm not sure where you are on open borders or big government..." Hey, I already gave you a history lesson on the reason for the Gallic Wars. The migration of people is an ongoing story. It was Moses who lead the Jews from Egypt. You can't stop human nature from being human nature. Mothers naturally want a better life for their children; why should they be denied? As to big government, as I said before, the government is the people. Reagan was wrong! You "accuse" me of being a liberal who supports issues because they are liberal. Do you know who David Stockman was?  Actually, he grew up in Michigan and was educated at MSU + Harvard. He was the director of the Office of Management and Budget under Ronnie. He left the post in 1985---out of frustration---and wrote a book titled "The Triumph of Politics: Why the Reagan Revolution Failed." I read it about 10 years ago. Scary book. I thought at the time of the Reagan administration that Ronnie was not competent to be president. After reading the book, I understood he was even more incompetent than in my wildest scenario. Orson Welles---one of my Hollywood heroes---said, referring to RR, "I think an actor can be an acceptable president but a grade "B" actor is unacceptable." Or words to that effect.

...And the Republicans insist that they are the party of economic stability and that the Democrats are tax and spend. However, when Reagan took office, the national debt was one trillion dollars. Eight years later---and without any wars---it was $3.7 trillion dollars; there were 200,000 more people on the Federal employment payroll; and he raised taxes significantly three times. But he did good PR. Bush the II outdid Reagan in both areas. You say you are a conservative then read the conservative guru's (Stockman) book. You'll learn much about Washington and American politics. You see, I DO read both sides of the issue. I suggest you begin doing the same if you want to discuss these complicated issues intelligently and not from the "heart."

Big government? Again, your father was a fireman. He was part of "big government." Should we do away with firemen? As you may know that in the city of Detroit, some parts of the city have no fire protection, nor police protection nor mail delivery. There is NO tax base left to cover the cost. The "conservatives" say "We can't throw money at education" and the schools in Detroit are snake pits; the children go uneducated because $1,500 is budgeted per student (not a current figure but several years ago); whereas, during the same period of time, Grosse Pointe was spending $4,500 per student. Hey, them damn conservatives want a good education for their children and they are willing and able to throw money into the pot to see that it is achieved.

America is not an equally society. The rich and upper middle class use every argument they can make-up to justify their stingy ways.

You have said that my comparing the Dutch society to the American one is like comparing oranges to apples. That's bullshit! The tax rate here is 52% (income, social security, health, sales tax,  all combined equals 52%). But the quality of life is such that there are NO slums, a murder rate 10% of the US and the incarceration percentage is even a smaller percentage (each prisoner has their own cell with color TV). The percentage that return to prison is low.

The American system is a failure and all the general public is willing to do about it is to blame everyone else: the permissive society, excessive welfare programs, the poor, big government, etc. The upper middle class hide in their gated communities and avoid the inner cities. If you don't see the squalor, well, then it doesn't exist.

...Once you get me on the soapbox it is hard to get me off...Maybe I said this to you before, I love my country, but I don't like it very much. What I discovered when I came to Holland was a country with a society I always dreamed for America.