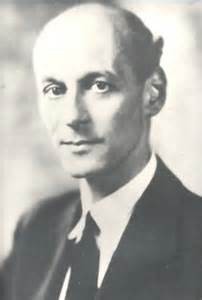 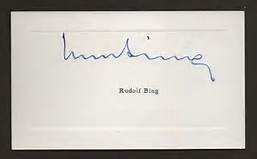 The cosmopolite Rudolf Bing brought just after the Second Word War the Vienna Philharmonic Orchestra to the first Edinburgh Festival, an act of showing that people can still come together in interesting ways.

Sir Rudolf Bing (1902-1997) was the first director of Edinburgh International Festival. He was born in Vienna to a well-to-do Jewish family. He studied music and art history.  In 1926 he went to Germany (Berlin and Darmstadt) and served as general manager of opera houses. Bing married with the Russian ballerina Nina Schelemskaya in 1928. She passed away in 1983.

With the rise of Nazi Germany in 1934, Bing and his wife moved to the United Kingdom where in 1946 he became a naturalized British subject. There he helped to found the Glyndebourne Festival Opera and after the Second World War, organized the first Edinburgh Festival in Scotland.  After a few years, Bing settled in the United States.

The first Edinburgh Festival in 1947

In 1947, when the only thing going for Edinburgh was that it hadn’t been bombed, there was an extraordinary flourishing of artists and audiences. Culture helped people to survive and overcome bridges.

The first Edinburgh Festival in 1947 concentrated mainly on classical music and brought the Vienna Philharmonic Orchestra, under Bruno Walter, who had left Europe after the Nazi occupation of his homeland. Every single member of that orchestra had been an enemy of the UK. By bringing that orchestra, under Bruno Walter and discovering the great Irish contralto Kathleen Ferrier collaborations happened.

Rudolf Bing moved in 1949 to the United States and became General Manager of the Metropolitan Opera (Met), a powerful position he held for more than 20 years. He fostered the careers of many artists: Roberta Peters, Leontyne Price and Jess Thomas are just a few that flourished during this time. Bing has an intense relationship with Maria Callas, who he hired for the Met with a debut as Norma on opening night in 1956.