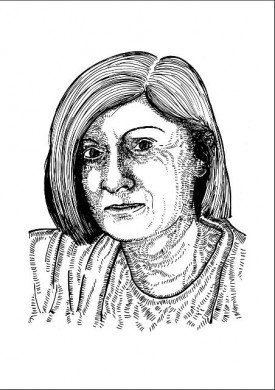 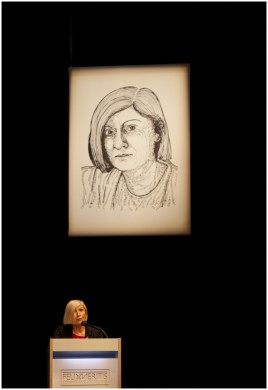 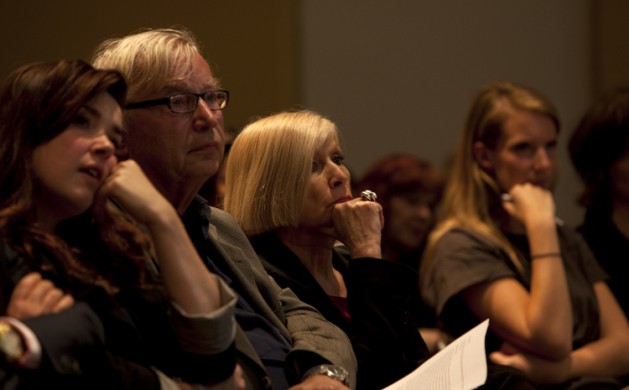 Citizenship: In their political beliefs people are not only moved by rationality and morality but also by passion.

According to political scientist and philosopher Chantal Mouffe, citizens and politicians express "antagonisms" (conflicts) within our constitutional democracy in a positive way. Mouffe therefore advocates for a radical democracy in the form of "agonistic pluralism".

There have been different models of liberal democracy: the ‘aggregative’ model, which is one way to read this. Why are they there for and what is their aim? When you look at our democratic institutions you see that people have different interests. When people are politically active they are moved by their own interest. The democratic institutions should find ways to aggregate those interests and desires and find ways to make compromises. That’s an aggregative model of democracy. Then there is a critique of the aggregative model which is the ‘deliberative democratic’ model, developed by people like John Rawls, the American philosopher, and the German philosopher Jürgen Habermas (who say that there is more to democracy than just the ‘instrumentalist’ model of democracy in which there is no notion of the common good or the public interest and only talks about citizens who vote for a party that reflects their own individual interests. It’s only about ‘me and my own interest.’ Individualist interests - common interests - citizenship - democracy In the aggregative model they don’t even speak of citizenship, they only talk about individualist interests. So I think rightly this has been criticized by the deliberative democrats who say there is more to democracy than this and acknowledges there is some common interest. There are more factors which motivate people. There is also the search for morality and the search for some kind of common good. So we should interpret and organize our political institutions around the basis of creating the focus for deliberation. You put people together and let them deliberate on the common good. And those people should be able to arrive at a consensus about what is the common good. According to this model this is what democracy is about. But I’m critical of that because I don’t think that you can say that there is one common good that can be accepted by everybody which implies that there is no conflict about the common good. So my view is that we should look at our democratic institutions in another way.

Passion in politics Let’s not think exclusively in terms of interest or morality. This is why I insist on the role of passion in politics. People are not only moved by their interest, rationality or morality but they are also moved by passion. And by passion I don’t mean individual passion but collective passion. The effective element that moves people to act as a collective identity and that this is important to the way why we think about politics. Politics is about the common good, but this common good does not really exist because it will always be contested. So politics is always a contestation; a continuous contestation about the common good. But there will never be a final resolution about the common good. This what agonistic politics is about. A conflicting discussion about the common good. But I’m not saying that we need to break with our institutions and of course according to the interpretation you have of our institutions you are going to favor some institutions.If you follow the agonistic model you will privilege certain other institutions, both left and right, that precisely allow this kind of agonistic discussion to exist. So it means that in each case we will privilege some existing institutions and also try to develop institutions that do not already exist. But it is more a struggle about how to interpret and put into practice our constitution. So I’m not saying that an agonistic model requires to get rid of a liberal democratic notion and create something new. It’s just a different way to look at the nature of our institutions. Which ones do not yet exist, which ones need to be created and which ones are the most important? There is no common good for the entire society, in search for compromises? Of course in politics some form of compromise is needed, but the aim can’t be to find a form of compromise. Any form of compromise will always be in favor of the rich and powerful. For instance, this what we’ve seen with the current financial crisis.

Basically, the compromise has been to re-establish the present order and previous order and to maintain things the way they were before. The crisis could have been a possibility for a profound transformation of the relation of power, because once we accept that society is always structured around the relation of power any compromise will tend to favor the existing structure of power. Compromise between the right and left can sometimes be established but when you think of compromise with a neo-liberal regime of globalization is of course to maintain the structure of domination which is basically the structure of neo-liberalism. This means that the people who are suffering from that system will continue to be affected. It will not change. What we need is definitely not an alternative to neoliberalism.

I don’t plead for conflict. I think there is conflict and we need to make space for it. Citizenship is a category of the political and I think there are agonistic politics and agonistic democratic politics should be envisioned a different concept of citizenship, because there is only one way to act as citizens. If we are going to act as citizens we should always act in the same way and should always agree. That is the basic idea behind the deliberative democracy. Let’s leave all of our particularities behind and act as citizens. Then we will arrive at the common good. I disagree with that because I think there as many forms of citizenship as there are of the understandings of ethical and political principles. For me liberty and equality for all is very important. You can have a strictly liberal understanding of that, a social conservative understanding, as a social democrat or as a radical democrat. These different outlooks lead to different understandings of liberty and equality and of who belongs to the rule of law.

So you can act as a citizen in different ways according to a radical democratic understanding of citizenship, a liberal democratic understanding of citizenship or a socially democratic one, but still it is about different interpretations of common ethical-political values, so I don’t think you can act as a citizen on an ethnic basis. Every individual is part of different ‘subject’ positions. Our citizenship inscription is also our belonging to the state. There was an entire school of thought in Great Britain in the nineteenth century which said: our belonging to the political association and our citizenship is at the same level as our belonging to our football club or to our church, but I disagree on that because you don’t belong to a political association in the same way that you belong to a religious group for instance. You can change your political association or the football club you go to whenever you like, but citizenship requires and implies more obligations. You have got some rights as a citizen, but you can’t put your participation in a social or religious group on the same level as your participation and belonging as a citizen. This is why I think that the agonistic model is about different interpretations of citizenship, but it shouldn’t be understood as different religious or ethnic belongings. Agonism should be understood in political terms, in terms of different ways of acting as a citizen.

This is why I think it is very important that in countries such as The Netherlands and Belgium Muslim communities do not live strictly among themselves, outside the political arena. It is very important for all immigrant groups to act as a citizen. Of course they can employ many actions according to their religious or ethic identity, but when they act as a citizen they should not act as a Muslim or a Chinese or Moroccan citizen. Acting as a citizen is acting on a totally different level.