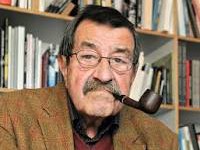 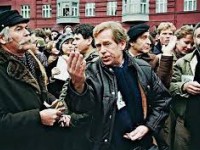 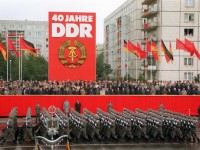 Artists and intellectuals underlined the importance of international cooperation across borders and cultures, before Europe was a project of unity. In December 1987, when there was no prospect of a rapid fall of the Iron Curtain, a memorable encounter was held in Amsterdam: The European Artist Forum; Gulliver.

The Czech playwright Václav Havel (1936-2011) was a well-known political dissident artist and a prominent participant in the liberal reforms of the Prague Spring (1968). After the Soviet clampdown on Czechoslovakia that year, his plays were banned. The Communist block was proud of its cultural achievements and used the traditional arts as propaganda – more progressive works were usually banned or censored. Havel used the absurdist style in works such as The Garden Party and The Memorandum (1965) to critique the communism. During the 1970s and ‘80s he was repeatedly arrested. He served four years in prison (1979-1983) for his activities on behalf of human rights.

After the fall of the Third Reich Germany was left in pieces, literally and figuratively. The Allied forces divided Germany into four occupied zones. Whereas France, Britain and the United States worked in close cooperation, the Soviet Union was more guarded. Over a short number of years, the Soviet Union increased its hold over its sector of Germany; on the 7th of October 1949 a new state was founded: the German Democratic Republic. The new state was to become a socialist utopia, though in practice the foundation of the German Democratic Republic was followed by pseudo-democratic elections and societal purges. The Sozialistische Einheitspartei Deutschlands (SED) was the only party left in power. In 1950 the Ministry for State Security, soon nicknamed the Stasi, was founded. Aided by this new and powerful tool of state control, the SED started the process of economic and cultural transformation, purging ‘bourgeois’ and ‘capitalist’ elements from society.