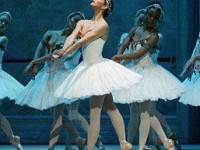 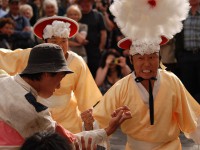 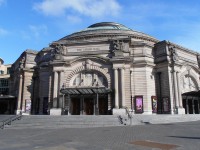 The Edinburgh International Festival was launched two years after the conclusion of the Second World War, with much of Europe in pieces. The festival was the initial brainchild of Rudolf Bing, an Austrian-born opera impresario. Bing, of Jewish descent, fled Germany in 1934. With the massive destruction caused by the Second World War, Bing was sombre about the prospects of cultural life ever returning to normal again. In 1944 he proposed a daring plan to Harvey Wood, a major figure in the Scottish artistic world. Bing proposed a festival that would shine a light in the darkest days of Europa. It took little effort to convince Wood, who proposed to bring this festival to Edinburgh. The Lord Provost of Edinburgh, John Falconer, reacted enthusiastically to the proposal and managed in turn to convince the city council. And so, through a gathering of various impassioned individuals, the Edinburgh International Festival was born, with the express purpose to bring about "a flowering of the human spirit".

Getting the festival from the drawing board to the actual city however, proved quite a challenge. Edinburgh was ill-equipped to house and feed the thousands of expected tourists. New hotels had to be built; the people of Edinburgh opened their doors and offered their beds to visitors. Theatres and other performance venues expanded their capacity and prepared for the arrival of a host of artists. Meanwhile, Bing scrambled to piece together the program for the first edition, which was to be held from the 24th of August until the 13th of September 1947. Besides performances of Shakespeare’s The Taming of the Shrew and Molière’s L’Ecole des Femmes, the main focus of the festival was on classical music. Among the many musical performances, the reunion of conductor Bruno Walter – who had fled to the United States after the Nazi invasion of Austria in 1933 – with ‘his’ Vienna Philharmonic Orchestra, stood out as a particularly symbolic moment.

That same 1947 edition of the festival was also the birthplace of two other major Edinburgh festivals. The Edinburgh Film Guild decided to join the festival fervour and organised a weeklong miniature film festival: the genesis of the Edinburgh International Film Festival. At the same time, eight theatre groups showed up unannounced at the festival. Unable to be fit into the regular program at such a late date, the theatre groups decided to take up residence at some of the venues that were not part of the official festival line-up. Performing at the fringe of the festival, these groups were the starting point for the Edinburgh Fringe.

The enormous variety of festivals – each focussing on a different branch of the arts, from cabaret and drama to film and books – makes for staggering artistic diversity. Put together, the various Edinburgh festivals form the largest cultural event in the world. The Edinburgh Fringe alone had 50,459 performances of 3,314 shows during its 2015 edition. Little wonder then that Edinburgh attracts performers and artists from all over the globe: from American stand-up comedians and Chinese dancers, to Indian musicians and Spanish theatre groups. The Edinburgh Mela Festival was founded in 1995 to celebrate the cultural diversity within the city, giving a podium to the many different communities of Edinburgh. But what started out as a small event to celebrate local diversity, has in itself grown to become an international festival dedicated to world music and dance.

The symbolic heart of the Edinburgh International Festival is perhaps Usher Hall, one of the most important venues for the festival since the first edition of 1947. Usher Hall was funded by Andrew Usher, a wealthy whiskey distiller and blender. Usher never saw the construction of the hall: he died in 1898, while work on the hall only began 1911. The lengthy delay was caused by the long debates on where the new hall should be built. Finally, with a location on the Lothian Road in mind, an architectural competition was organized. Out of the 130 bids send in by various architects and architectural firms, the jurors chose the design of Stockdale Harrison and Howard Thomson, both from Leicester. Breaking with the Gothic Revival style of Victorian buildings, Usher Hall was to be a new building for a new age. The columns, sculpture and the huge dome were reminiscent of classical architecture and form an excellent example of the international art-style known as ‘Beaux-Arts’. King George V and Queen Mary laid the first stones in 1911 and after three years of building, Usher Hall opened its doors.

The ornate interior of the hall has seen many artists, politicians and even athletes come and go. Throughout its existence, the hall played host to all manner of events in the civic life of Edinburgh. Perhaps its most infamous political moment was the rally held here by Oswald Mosley, which led to mass-protests in front of the hall. During the 1986 Commonwealth Games, Usher Hall temporarily functioned as a boxing ring. First and foremost however, the hall is a musical venue. That fact is not only underscored by the many decorative references to famous musicians but also by the large organ which was specifically built for the hall in 1913. The hall was carefully designed by Harisson and Thomson with acoustics in mind to produce the best possible sound. The big dome on top of the building is therefore an architectural ‘fake’: a real dome in concert hall would have ruined the sound. Since opening its doors in 1914, the hall has hosted a great number of famous singers and musicians, from the Rolling Stones to Johnny Cash and from Ella Fitzgerald to Pink Floyd.

The Edinburgh International Festival was launched two years after the conclusion of the Second World War, with much of Europe in pieces.