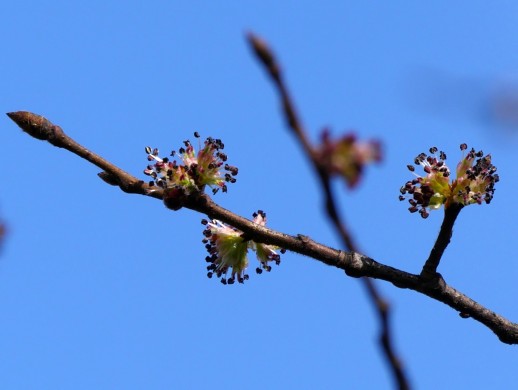 Spring is here!!! Buds on the trees and the tulips in sight. Rebirth is what spring is all about. And that would be an excellent lead-in to the rebirth of the art market. But, I know, unemployment has now hit 6%; and the Netherlands is officially in recession once again. Ironic, because the art market has not recovered from the devastating effects of the 2007-2008 economic collapse.

What to do? The present government threw in the face of culture a double whammy: Heavy cuts in subsidies; and raised the tax on art, dance, music and theater from 6 to 19%. No wonder artist are thinking of selling apples. 3D suggest sell them a few that have been spiked with...whatever...and offered FREE of charge to the ruling coalition. WE WANT NEW ELECTIONS!!! Anyone want to disagree with that?

REVIEWS: Amsterdam Stadsarchves: In Memorium: The Deportation and Murder of Jewish, Roma and Sinti Children, 1942-1945.

WHAT YOU HAVE MISSED:

At AmsterdamArchief (Vijzelstraat 32) is an exhibition titled, "In Memoriam: The Deportation and Murder of Jewish, Roma and Sinti children, 1942-1945." And the show is a smash hit as they say on Broadway. It has broken all previous attendance records for exhibitions at the new location of the Achieves. On Sunday, 19th February, the figure was 770 visitors. They have come to view the photographs of 3,000 children that are pictured on a 70 meter long table divided into four sections. What you will see are school photos, home pictures, groups photos with one or more children circled. You see happy, breathing and innocent kids who knew nothing of their coming fate. What will tug at your heartstrings will be reading the notations beneath the photo: Rolf Fred Löb, D. 276 Loosdrecht, 24.3.36, 20.3.43, Sobibor. He was a cute curly headed blond boy with a great smile and dead at six; Rebekaa Simmeren, Zuidediep 97 a Groningen, 20.7.30, 20,3.42, Sobibor. A very pretty girl with a vivacious smile. And it gets worse. There is the family of Van Praagh of Den Haag. They had four children: Helene, (13), Louis (11), and the twins, Leon and Maurtis (9). All perished on the 31st August 1942 at Auschwitz. The crowds come for a variety of reasons one of which is that they are looking at aunts and uncles that they never knew.

A total of 19,000 children, under the age of 18, were deported from the Netherlands in a total of 102 transport all because they were Jewish, Roma (Gypsy) or Sinti (a tribe of the Roma). Just over 1,000 returned. And "the story of fifteen of the children is told...[and] there is a display of documents showing the children's names, the transport list and the x-cards of the Jewish council. The exhibition will make you smile as much as it will bring tears to your eyes. The photos are poignant for two reasons. One, you are saddened and you feel pity for the innocent. Two, the exhibition is "shapely perceptive." Finally, it is a beautiful show because you see the essence of humanity and its future: Its youth. 3D couldn't help thinking of Pretty Boy Gerrit's intention to send all the Muslim back home. Strangely enough, those same Muslims are like these children born and raised in the Netherlands; and all were and are 100% Dutch. When will we every learn? Until 20th May. https://bit.ly/1WeP2EC                      (N.B. There is a booklet, "In Memoriam" which consist of only names and dates for the children, It is FREE but you are invited to leave a donation.)
*
PROGRESS REVIEW: The Rijksmuseum, the Asian Art Collection.

The renovation of the Rijksmuseum is in its final stages with an expected opening the first half of 2013. Aside from the interior renovations and new constructions, a few new wings have been added. One is the Asian Wing which will exhibit the Museum's 7,000 piece collection of paintings, drawings, prints, objects and social objects in the 670 square meter space. The architectural firm Cruz en Ortiz, has designed a 21st century enclave within the late 19th century environment which is the Rijks. The space is on two levels and essentially comprised three large galleries. Built-in vitrine's will make it easy, efficient and money saving to change elements of the permanent exhibition at any time. The curator for East Asian Art, Meeno Fitski, said, "The wing is a museum within a museum." Does it work? Well, we don't know as of yet. We were shown the interior but only computer simulations of the exterior. What has been completed is the actual structure. Now, the landscaping begins. Can't wait to see the final results.

The museum's collection includes a 2,000 piece loan from the Society of Friends---formed about 100 years ago---which consisted of a group of private Amsterdamer's who specialized in Asian art. It is the heart of the collection which includes over 2,700 Japanese prints. However, work of a Chinese origin, dominates the collection. Fitski added that at anyone time about 10% of the total collection will be on display. A phenomenal percentage for a museum.

So the ten years rebirth of the Rijks nears its conclusion. In 2007 everything shut down when the original contractors said, "We can't do it for the money we said we could do it for." A new project manager was appointed, He put everything back on track and is pleased to announce that he is coming in on budget which is 375 million euro. That works out to about 38 million euros a year. And wait until you see the interior of the original complex...WOW!!!! And that is said when it is still a work in progress.
***

WHAT YOU HAVE MISSED;

Lam de Wolf is once again at Galerie RA (Nes 120). She has been showing here forever; the first appearance was in 1980. And, the best part is: She is always doing the same thing, differently! When 3D mentioned this to her, she replied, "Yes!" In fact, the title of the one piece showing is "Endlessly similar yet not for a moment the same." A much more poetic way of saying it then 3D's humble phrasing. The one piece is part of a trip-tych, each measuring 80 cms., by 350 cms. She said what inspired the works was the land, sea and sky of Flemish Zeeland. All three are of the same synthetic material (a plastic coated textile) and "weaved." But, indeed each is totally different from the other. (Each @ 4,500 euro; the three @ 11,000 euro.)