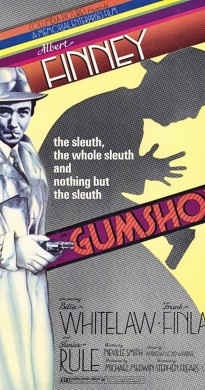 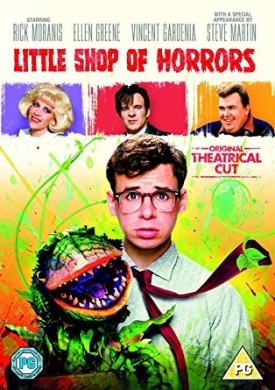 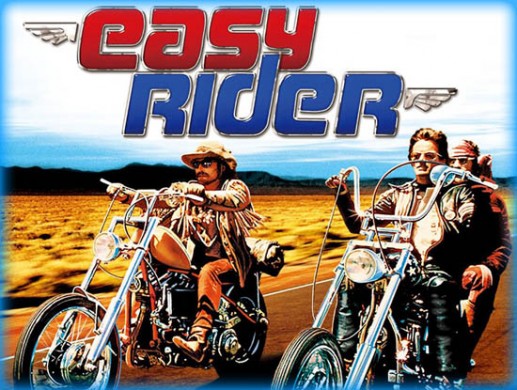 Finished your "...pile of poppycock..." yesterday. Good read! As I said, after having read the first two chapters, we both write with humor. The subject matter you explore could be, in the wrong hands, exceedingly boring. You have made it interesting and entertaining, at least for the average film buff. I approach writing about art with the same style; as long as I can laugh at its snobbishness and pretentions, I can enjoy myself and endure.

As to the next work being on "Gumshoes", go to it! You can start by explaining where the term "gumshoe" originated from.

Omission: You don't have much to say about Roger Corman so I guess it is easy to excuse the fact that you made no mention of "Little Shop of Horrors". I didn't see it when it previewed (1962?) but caught up with it at the A'dam film museum during the 90s. At the time, I thought it could have been made now. Great movie! Jack Nicolson has a part and long before Easy Rider.

I like the part on "Serials." I always wondered how many segment there were. I both liked and loathe them. I loathed them because I never saw a complete set of segments and probably never the ending one. It was frustrating, but always had to do with if I had the dime or had a lawn or two to cut that Saturday. I am glad you mentioned that each segment was 15-20 minutes long, with the latter being the average. That formula has a lot to do with TV sit-coms which are 20-22 minutes long.

Another a side is your mention of the film "Invaders from Mars." Over the years I have often referred to the opening and closing scene of this film as a classic, but, unfortunately, I had forgotten the title. When I read your scenario I was formulating a reply to you and, with that in my mind, began with "the unique opening..." But then it hit me that it was really a rip off from another and earlier film by Fritz Lang's "Woman in the Window," with Edward G Robinson (1945?). A great who done it. Do you know the plot? Edward G retires as an accountant and walking home, after his retirement party, he stops at a shops window. Suddenly, an image appears as a reflection in the glass and this is followed by passion, murder and...more. The ending? Well, it was all a dream; until he once ágain stops at a shop window and...it's de ja vu all over again.

Speaking of Fritz Lang...You made no mention of Metropolis; one of the great sci-fi films of all time. Yes, it was German made, but Lang would become American; and you do include the poster for the film.

As to the "Time Machine," well, again, a glaring error. You say, "...[George] jumps back into the [time] machine full speed ahead...and he eventually comes to the year 802,701 AD. Earth appears to be a paradise. The Cubs still haven't won a World Series, but all else appears to be serene." Of course, the Cubs did finally win the World Series in 499,078 AD, but George had placed a bet in 802,701 that this would be the 800,756 consecutive year since they had won their last one. He once again hopped into the Machine and journeyed back to 499,078, got box seat tickets, at the new open-vacuum stadium on Mars, and using a laser deflected the trajectory of a ball going into left field of the bat of Starlin Castro MMMDLV-th. It was thus caught by the shortstop. It was the 9th. The Cubs lost in the 81st game of the series (the number of games had been extended to placate the major leagues teams on Jupitur, Venus and Mercury...But that's another story).

I have included a segment of a dialog I am having with an old friend. I will introduce you to him with a little bit of background. We were roommates during our Sophomore year at St. Louis U. He was in the honor's program. He would go on to get a PhD in English. He began his career in publishing but, early on, saw that the future was in computer technology and switched leagues. He has lived in Atherton CA for the last 30 years as a result.

Last January, he e-mailed me that he had a concept that would make him the most hated man in the world. I took him seriously and asked what it was. Several e-mails later, he said God had appeared to him...hmmmmm. But it got my attention. I have been trying to bring him up to date scientifically and now I see that you too are rather naïve about what has been happening in the world of science over the last 50 years. This you reveal by replying to my revelation to you that "transporting" had been done with "...Get back to me when they transport a human...or even an amoeba." That is what is so mind-blowing about the 1997 experiment that resulted in "transferring from place to place the quantum state of an element." In the dialog that follows I explain quantum mechanics in layman terms. What you should take away from it is that all matter and essence has the same basic foundation and it is the quantum level. After we master that, the rest is easy...And we have taken the first step.